In her March 5 column–rather sensationally titled “The Ravishing of Rob Pattinson”–she admonishes the young star’s women fans for their age-inappropriate obsession with him, criticizes the media for promoting his hyper-sexualization and bemoans his rapidly dying innocence.

Hmm. And here I thought he was just another chain-smoking, beer-guzzling, 20-something celebrity jerk.

Smith evidently has more sympathetic view of him: that of a beautiful ingénue too young and naïve to protect himself from the wailing “banshees” who are his fan base. Even her interpretation of his recent photo shoot for Details Magazine–in which he is photographed fully-clothed before a background of naked women–makes him the victim:

Mr. Pattinson appears fully clad but looking dwarfed and diminished by a towering phalanx of naked female models…Of this demeaning experience, Mr. Pattinson later had the insouciance to remark that it was made bearable by a hangover. The fangs are out for him, however…he is now “the most objectified young man of modern times.” Throw in the sexual catcalling and increasingly smutty questions from interviewers, and he probably “spends half his life having femininity (for good or bad) thrust in his face.” [emphasis mine]

Of course, when I saw the photos–which feature stark naked young women inexplicably strewn across floors, walls, and bathtubs while Pattinson leers near them–it didn’t occur to me that he was the one being demeaned or objectified, any more than it crossed my mind that the nude, prostrate models surrounding him were thrusting femininity in his unwilling face.

Smith doesn’t bother to mention that in the accompanying interview, Pattinson’s own take of the photo shoot is a little less than endearing. Remarking on the bevy of naked models surrounding him, he said, “I really hate vaginas. I’m allergic to vagina…Thank God I was hungover.” Charming.

What’s most troubling about Smith’s analysis, though, is just how troubled she appears to be about it all. Pattinson isn’t the first breakout star to be sexually commodified, nor is he the youngest. And, frankly, his brand of commodification–as defined by innocuous Twilight memorabilia and fully-clothed photo spreads–is several notches tamer than those of young women stars earmarked at a young age for sex symbol greatness.

I have yet to read a sympathetic column bemoaning the complete and total fetishization of stars like Scarlett Johansson–whose entire acting career is characterized by directors’ wanton close-ups of her plump lips, breasts, and buttocks–or Jessica Alba, who can’t seem to land a role in which she doesn’t walk away from the camera topless or wink at us alluringly over a soft, bare shoulder.

It’s accepted that those women are sexual fodder for every hot-blooded male aged 12-69, yet we’re supposed to feel badly about the alleged objectification of poor, “ravished” Robert Pattinson? Give me a break. 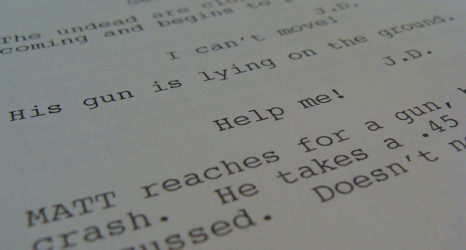 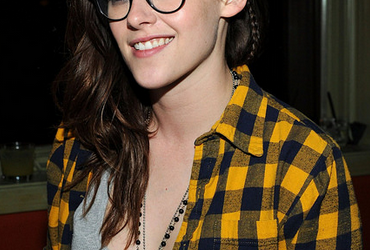 We Heart: Kristen Stewart for Calling Out Anti-Feminists