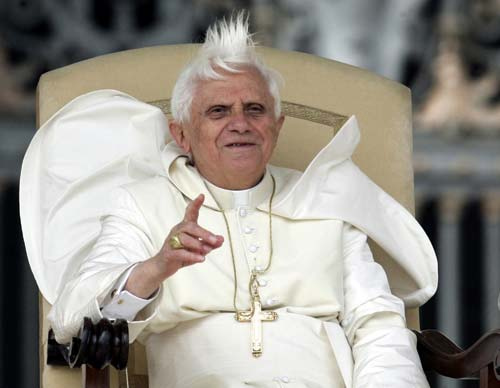 This week, Roman Catholics join together globally to commemorate the Last Supper of Jesus the Christ and welcome the Easter Triduum, the two holiest days for Catholics. It was during the Last Supper that Jesus gave those gathered a new commandment–to “love one another, as I have loved you, that you also love one another,” only to be betrayed by Judas.

Like Jesus, Roman Catholics everywhere have been betrayed–again. The latest Roman Catholic Church sex abuse scandal which implicates Pope Benedict XVI, the former Archbishop Joseph Ratzinger of Munich, in a sex abuse case is beyond belief for Catholics worldwide. How can these crimes still be coming to light when the Vatican has been made aware of the magnitude of the crisis? How is it possible that leaders of the Vatican still have not come clean about pedophile cases that were not properly addressed?

For far too long, the all-male boys club has covered up decades of abuse with lies and secrets that have put our most vulnerable in severe danger, a far cry from Jesus’ commandment to live a life of love.Tha V

The Women’s Ordination Conference calls for an official opening of the discussion on women’s ordination. In a church reeling from abuse, scandal, and oppression, it’s long overdue for the Vatican to use all of its resources to work toward a solution.

For far too long, only ordained, male, celibate clergy have dictated–or tried to dictate–how Catholics worship, pray and make decisions. Canon 1024, which states that only men can validly receive the sacrament of ordination, is unjust and does not value the gospel message of Jesus. It must be changed.

We are calling on our members to take action: express their outrage and call for accountability and equality to their local priests and parish leaders, reach out to victims and take steps to make sure children are protected now, write letters to the U.S. Bishops, and discontinue all financial contributions that benefit the United States Conference of Catholic Bishops.

When women are full and equal partners in every aspect of the Catholic Church, only then, will the Roman Catholic Church be associated with accountability, transparency and justice rather than hierarchy, exclusion, and scandal. Until then, we will continue to raise our collective voices and organize actions that will bring our church closer to the gospel values of Jesus.

Image courtesy of http://www.flickr.com/photos/spiritolibero85/ / CC BY 2.0