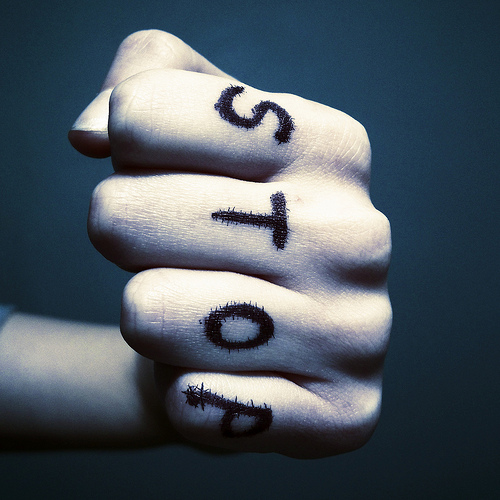 It wasn’t really much of a choice for her. Her boyfriend said, “If I find out you have an abortion, I’m gonna kill you.” She was 18, had just gotten into college on a full scholarship and didn’t want to have a baby.

She did have the baby. Her boyfriend attended the delivery against her will and she ran away from him a few days after the birth. Unfortunately, her story is not that unusual.

She looked at the woman who was forced to have a baby as part of a study of IPV [PDF]. It defined male reproductive control as when a woman’s partner imposes his reproductive intentions on her through intimidation, threats or actual violence. That also includes women who want to have children but are threatened with violence if they do not terminate their pregnancies.

One woman in the study was warned, “If you don’t get it done, I’m throwing you down the steps …” That 21-year old woman thought, “If it doesn’t get done [by a doctor], he’s going to do it, and I don’t want that to be done.” She got an abortion even though it wasn’t her choice.

Women who are coerced into abortions are the ones anti-choice forces have seized upon in their  drive to restrict abortions out of existence, but they shift the blame from abusive and controlling men to abortion providers. “They have tried to paint a picture of abortion providers as trying to coerce women into having abortions. There is no evidence of that occurring,” says Stephanie Toti, staff attorney in the U.S. Legal Program at the Center for Reproductive Rights.

Several states have tried to require signs in reproductive care clinics that read, “No one can coerce you to have an abortion.” While this doesn’t sound bad it could have consequences that aren’t immediately apparent. Signage laws fail to address abusive husbands, boyfriends or others who would still be able to threaten physical harm to women who insist on having abortions. These laws also fail to criminalize the act of forcing a woman to give birth.

Women don’t need signs. They need practical solutions that address real problems, not the myths created by the anti-choice forces. We have a responsibility to help women who find themselves in these coercive relationships. Any ideas of what to do?