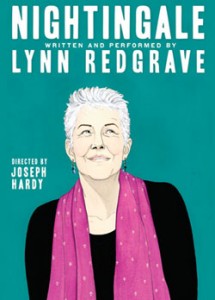 Lynn Redgrave, youngest daughter of the famed Redgrave acting family in England, has died after a seven-year “journey” with breast cancer, as her family’s statement put it. She was 67.

Redgrave first rose to fame for her portrayal of Georgy Girl in the 1966 film, and while never as prominent as her sister Vanessa, tackled a number of juicy roles over her long career on stage and in film and TV. Her most-noted (and nominated) film role in recent years was as the housekeeper to Frankenstein director James Whale in Gods and Monsters (1998). As the Telegraph (UK) pointed out, Lynn was long considered the most “normal” of her family–neither bisexual (like her father) nor radically leftist (like her sister and brother Corin). That image shattered in the late 1990s when her husband turned out to have secretly fathered a child with Lynn’s assistant, who later married Lynn’s son. (One can’t make these things up.)

By then, Redgrave had begun writing her own plays–including the one-woman shows Shakespeare for My Father and Nightingale, both of which explored family relationships.

Outside of her own scripts, Redgrave was gutsy in her choice of roles, including playing a lesbian in a happy (!) relationship with a woman in the 1986 TV film My Two Loves. As I recall, the most intimate moment in the film was a hair-washing scene, but to have any lesbian representation on television back then was an accomplishment.

And although she wasn’t giving shout-outs to the Palestinians as her sister did, Redgrave did stand up for issues close to home for women and men: breastfeeding, eating disorders, AIDS and, after her diagnosis, breast cancer. Here’s what the Telegraph said:

In 1981 she launched a lawsuit against Universal Television, claiming she had been sacked from the sitcom House Calls because she was not allowed to breast-feed her baby during breaks in shooting.

The case involved her in a 13-year legal wrangle which cost her some $500,000 and ended up in a tangle of cross-complaints, countersuits and allegations of legal malpractice. The case became a cause célèbre for American working mothers, and she was called to give evidence to congressional committees. As a result, American politicians began to feel that they had to include statements about child care in their election manifestos.

Lynn Redgrave also became a role model for women with weight and emotional problems. She confessed how, in her youth, she had suffered from the eating disorder bulimia and, after a determined effort to shed the pounds she had put on for Georgy Girl, for almost a decade she was the public face and body of Weight Watchers.

I interviewed Redgrave once for The Advocate at a simple Thai restaurant in the San Fernando Valley. She was like British royalty in my mind, but she had no airs whatsoever: She was just an actor, a mother, a woman seeking equal treatment in the world. As she told me about the breastfeeding lawsuit:

I believed I was not only righting a wrong for myself but also standing up for women who can’t do that because of intimidation or lack of money or fear for their jobs.

The best way to pay tribute to Lynn Redgrave today would be to watch one of her performances: Here’s a list of dozens of them.

Poster from the Manhattan Theater Club’s 2009 production of “Nightingale.“ 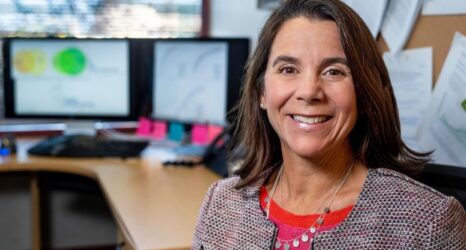