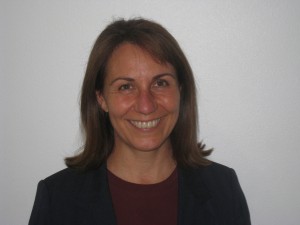 Last Thursday night, Marquette University–a Jesuit Catholic institution in Milwaukee–retracted its offer to sociologist Jodi O’Brien to serve as dean of its College of Arts and Sciences. O’Brien, who is openly lesbian and feminist, is currently chair of the department of anthropology, sociology and social work at Seattle University and has published frequently on issues of gender, sexual orientation and religion. The Rev. Robert A. Wild, president of Marquette, denied that the decision was based on O’Brien’s sexual orientation; instead, he told The New York Times, “We found some strongly negative statements about marriage and family” in her academic writings.

O’Brien is my department chair, as well as a friend and mentor. When I spoke with her on Friday, she told me that the news came as a shock: “I was given a contract by Marquette, which I signed, and [then] I received the news that they would not support the hire.”

Although reluctant to say more on the record at this time, she did tell the Associated Press in an email, “I’m very disappointed. The College of A&S at Marquette is strong and vibrant and I was looking forward to working with the students and faculty there.”

Although Marquette officials insist that this is not about O’Brien’s sexual identity, I beg to differ. Marquette spokeswoman Mary Pat Pfeil told the Milwaukee Journal Sentinel that the decision was related to the “fit” of the candidate for the college, but institutions often use the “fit” argument as a catchall to deny entry for those who challenge the status quo. O’Brien, who bears witness to the feminist credo “the personal is political” in her advocacy of LGBT and feminist issues, certainly does so. Her work provides important insights into the experience of lesbians and gays in the church,  queer Christian social movements and the same-sex marriage debate, which obviously caused discomfort for the Marquette administration–even after the search committee found her eminently qualified for the position.

This incident is an attack on the personal and professional freedoms of academics as well as on gains in disciplines such as women’s, gender, sexuality and LGBT Studies.  If we cannot expect the best and brightest faculty within our fields to transition into leadership in the university–a time-honored tradition within the academy–we will not see the institutional change that feminists have historically called for.

Students and faculty from across the country are expressing outrage over Marquette’s decision. About 100 students protested outside of a faculty dinner on Marquette’s campus, at which philosophy professor Nancy Snow–who supported O’Brien’s candidacy and helped her and her partner search for housing in Milwaukee–addressed the crowd:

Students at Marquette and Seattle University have created Facebook pages to show their support for O’Brien.  She told me that she is also grateful for the hundreds of supportive emails from individuals around the country, including Marquette alumni.

O’Brien’s experience is not an isolated incident. The wishes of faculty, as in this case, are often stymied by repressive administrative forces. We should be vigilant on our campuses and in our communities against these sorts of actions. As feminists, we must continue to build coalitions of support for scholars like O’Brien and others to combat overt discrimination and to push back against institutional oppression.