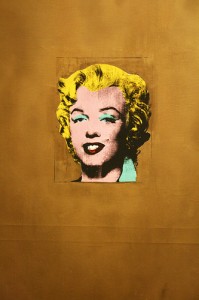 I have received thousands of e-mails from disgruntled Fox News viewers after my appearances on the network in the past few years, and one common theme has emerged: my blond* hair.

About one-third of the hate e-mail I receive makes some mention of my hair color:

–“…apparently being a blond had a great deal to do with obtaining your ph.d…” (Danny Roturra)

–“You certainly proved you are dumb blonde. “ (Robert Johnson)

Or my personal favorite, from John Holst:

You made the transition from ‘hot babe’ to ‘dumb blonde’ in one sentence… P.S.  Don’t be offended, I still think you are hot, and would greatly enjoy discussing world politics with you over a drink sometime.

I chose to dye my hair platinum blond about a decade ago when I realized that, for most of my feminist life, I had been bowing to the golden cow of masculinity. I started down the feminist path with the notion that women can do/be anything a man can do/be, and in the process I inadvertently  placed greater value on men and their socially proscribed activities. So why not upset the apple cart by openly valuing “the feminine,” and what better way to appear hyper-feminine than to sport blond hair?

Embracing social scripts of femininity is a slippery slope, given that women have been asked to place importance on such intrinsically meaningless, even personally damaging, values and activities as fashion, shopping, modeling and an emphasis on physical appearance. However, as a professor, my occupation requires me to trade on intellect, so blond hair is a strangely effective strategic choice. Blond hair epitomizes the racist standard of white “beauty” in the U.S. It epitomizes “femininity.” So when I am attacked because of my blond hair, it is often an attack on “femaleness” itself.

My appearance as both a political expert and “a blonde” in cable news television presents a quandary to many viewers. As Lorraine Code has noted, women are not seen as “possessors of knowledge,” and on the rare occasion they are asked their expert opinion, they typically present themselves in “masculine” ways to be considered a “knower.” Lisa dyed her blond hair brown in a recent episode of The Simpsons so her debating skills would be taken more seriously. What does it mean that blond hair, a prominent symbol of “femininity,” is synonymous with stupidity? To me, this is woman-hating in its rawest form and it should be challenged.

Embracing “the feminine” while performing “masculine expertise” causes great discomfort for some viewers who lash out at what I represent. But this “ignorant slut” (Trevor Beckett), “stupid pathetic bitch” (name not given), “a fucking pile of shit… [who] must have given all your professors blow jobs!” (Robert Johnson) is having the last laugh because it’s a performance that, if done properly, elicits great fear from misogynists.

* Blond is generally used to refer to someone of unknown gender. Blonde refers only to women. In fact, a woman can even be reduced to “a blonde” — an object rather than a person.