To (Pap) Smear or Not to Smear, That's the Question - Ms. Magazine
Skip to content 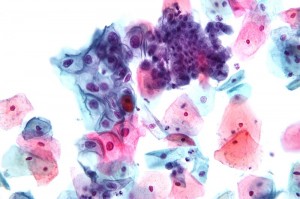 During the first National Women’s Health Week since the American College of Obstetricians and Gynecologists (ACOG) announced revised Pap test guidelines, many are wondering whether or not to have a Pap smear as part of our annual exams. Not enough questions have been asked about how the under-publicized (and under-scrutinized) new guidelines are impacting the health of women in our nation.

…women should have their first cancer screening at age 21… Most women younger than 30 should undergo cervical screening once every two years instead of annually, and those age 30 and older can be rescreened once every three years.

It is reasonable to stop cervical cancer screening at age 65 or 70 among women who have three or more negative cytology results in a row and no abnormal test results in the past 10 years.

With U.S. senior citizens’ STD/HIV rates on the rise, why ignore research findings and assume that women 65 and older are either celibate or monogamous, with 100-percent faithful partners?

At the heart of this debate is the question of how these guidelines will impact cervical cancer rates.  ACOG acknowledged that the Pap test could be credited for falling U.S. rates of cervical cancer and that,

The majority of deaths from cervical cancer in the U.S. are among women who are screened infrequently or not at all.

So, why revise guidelines that have been working and might reverse this positive trend?  The main focus is reducing cervical treatments which may be unnecessary and/or increase risks of other unhealthy outcomes:

A significant increase in premature births has recently been documented among women who have been treated with excisional procedures for dysplasia.

Let’s remember: (1) not all women want to or can biologically become mothers, and (2) cervical dysplasia is often effectively treated by non-excisional/less-invasive options.

Adolescents have most of their childbearing years ahead of them, so it’s important to avoid unnecessary procedures that negatively affect the cervix. Screening for cervical cancer in adolescents only serves to increase their anxiety and has led to overuse of follow-up procedures for something that usually resolves on its own.

Speaking of possible causes for anxiety, ACOG acknowledges that the rate of HPV infection is high among sexually active adolescents, but counters that, “the large majority of cervical dysplasias in adolescents resolve on their own without treatment.”  Okay, but why should those girls and young women whose pre-cancerous lesions do not resolve without treatment miss an annual opportunity to catch these infections at early, more treatable stages?

The Pap test–not cervical treatment procedures–has NOT been linked to negative health outcomes; in fact, it may be your first chance to learn about a possible cervical HPV infection which often leads to getting a colposcopy as part of a thorough sexual health exam.  When test results show abnormal cellular changes, practitioners should discuss benefits and costs of the range of diagnostic and treatment options. Female patients have the right to decline exams, testing and treatments that they deem unnecessary.

There’s been little media coverage differentiating Pap tests from pelvic exams. CBS Care’s Christmas 2009 campaign (promoting the rather odd idea that the best gift one can give a woman is to schedule her Pap smear for her) remains one of the few mainstream efforts to critique the revised guidelines. Here, from their campaign letter:

…We debated whether this project was still important…it is actually more important and timely than ever… because an announcement that recommends less frequent pap smears could cause some women to mistakenly conclude that pap smears are not important…while the experts may hotly debate ACOG’s findings, they all agree on one thing – a pap smear remains one of the most important health screenings a woman can have. And skipping them costs lives. CBS Cares stands by the pap smear!

It’s vital that we do not confuse a recommendation of less frequent cervical cancer screenings with the unchanged recommendation of annual pelvic/sexual health exams.  So, in the words of Kathy Griffin, who recently had her Pap smear filmed, let’s “TELL CANCER TO SUCK IT!”

[This post was inspired by my previous two-part series for the Girlw/Pen blog.]