If Sister Margaret McBride is No Catholic, Neither Am I - Ms. Magazine
Skip to content 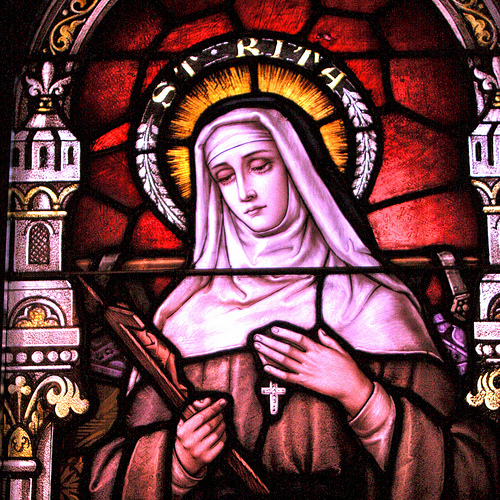 The Catholic Church has punished a hospital nun for recommending a life-saving abortion. This week, Sister Margaret McBride of Phoenix, Ariz., was automatically excommunicated from the Catholic Church and demoted from her administrative position at St. Joseph’s Hospital for her participation in a panel that recommended an abortion to save a woman’s life. The patient in question was a pregnant woman whose pulmonary hypertension made it a virtual certainty that both she and the fetus would die if the pregnancy was carried to term.

In doing so, the Catholic Church has shown itself to be ethically and morally compromised. It has dedicated its resources to self-interest and self-protection. It has shown no concern for its children, its women, or any of the vulnerable populations it ostensibly serves. It has consistently protected only two things: its power and its priests.

It has, moreover, taken a position that punishes virtue and right action and promotes evil.

Nor is this a one-time stance. Last March, after it was discovered that a 9-year old girl in Brazil was raped by her stepfather and was pregnant with twins as a result, her mother arranged for her to have an abortion, as she was unlikely to survive the pregnancy. The Catholic Church excommunicated the girl’s mother and the doctors who saved her life. The stepfather was allowed to remain in the Church.

Below is the Vatican’s statement [from Vivirlatino]:

“It is a sad case but the real problem is that the twins conceived were two innocent persons, who had the right to live and could not be eliminated,” said Cardinal Giovanni Battista Re to a local daily. Re—who is the head of the Roman Catholic Church’s Congregation for Bishops—acknowledged that “life must always be protected” yet did not say anything over the girl’s life being in danger by her pregnancy.
Aside from excommunicating the girl’s mother, Sobrinho also had the gall to disparage the raped child:
The stepfather was not excommunicated because the church said that his action, although deplorable, was not as bad as ending the life of an unborn child.
“It is clear that he committed a very serious sin, but worse than this is the abortion,” Sobrinho said.

Catholics like Sister Margaret McBride are a ray of hope in the darkness. However, she is not a Catholic anymore. And as of this writing, neither am I.

Below is my open letter to St. Joseph’s Hospital.

To whom it may concern:

I am writing, as a Catholic, to commend Sister Margaret McBride for nobly advocating for appropriate and life-saving patient care. Her recommendation to end the pregnancy of the patient with pulmonary hypertension whose life was at risk was sound, based not only on medical advice, but also on compassion, forgiveness and charity. That she did so at considerable risk to her own career and worse, her membership in the Church she has dedicated her life to serving, only attests to the strength of her faith and of her character. St. Joseph’s should be proud to have her as an employee.

ABOVE: Stained-glass portrait of St. Rita, patron saint of impossible causes and abused women, in St. Mary’s Church in Phoenix, Ariz. Photo from http://www.flickr.com/photos/pagedooley/ / CC BY 2.0