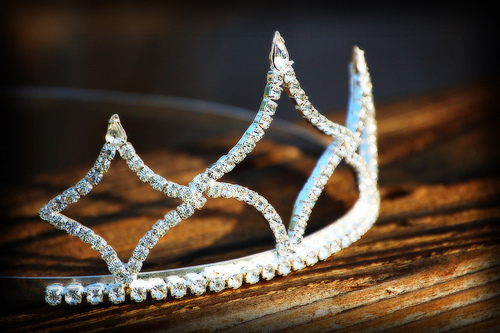 We Ms. staffers don’t normally gather ’round to watch the Miss USA pageant. In fact, feminists have long protested such pageants and considered them  exploitative of women. But we found a little something to cheer about this year.

Rima Fakih, 24, is the first Arab American to win the pageant, and probably the first immigrant. (Pageant officials said records haven’t been kept on participants’ race or immigrant status.) Fakih scored points with feminists in the interview portion, when she was asked if birth control should be covered by insurance.

I believe that birth control is just like every other medication, even though it’s a controlled substance.

Fakih is quite different from last year’s winners. Miss USA 2009, Kristen Dalton, and runner-up Carrie Prejean, are white, blond women (Prejean made headlines for being anti-gay marriage but not so anti-sex tapes.) Fakih was born in Lebanon, raised in New York and graduated from the University of Michigan. Her family identifies as both Muslim and Christian. Fakih told Arab American News she hoped more Arab American girls would try out for Miss Michigan next year. “If not, I’m going to feel like failure,” she said.

Fakih’s big “scandal” is that she once won a pole-dancing contest in which she didn’t take off her clothes.

Fakih, an Arab-American from Dearborn, Michican [sic] took home the crown, despite nearly tripping on her evening gown.

The  AP, to its credit, quoted Abed Ayoub, legal director for the Arab-American Anti-Discrimination Committee, saying Fakih’s crown was an important win for diversity. Unfortunately, his quote also trivialized the win:

Her religion and race was not an issue during the competition, and I hope not during the judging either. She won on beauty, elegance and eloquence.

Gosh, Mr. Ayoub, thank goodness a woman wasn’t judged for anything besides her appearance! Oh oops, we forgot–there was also her “eloquence.” That may be a start, but it appears we still have a long way to go before it’s Ms. USA.

Image from http://www.flickr.com/photos/ceanandjen/ / CC BY 2.0