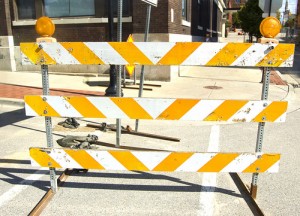 Many people graduate from medical residency programs ready to start rewarding careers in obstetrics and gynecology with the best intentions. They’re prepared to provide patients with total reproductive health care, which includes abortions. But their idealism is soon crushed by the medical establishment’s significant opposition to abortion.

It came as a surprise to Lori Freedman, Ph.D., Research Associate at Advancing New Standards in Reproductive Health (ANSIRH). As lead author of the study “Obstacles to the Integration of Abortion into Obstetrics and Gynecology Practice,” Freedman conducted in-depth interviews with 18 doctors who had planned to offer abortions after graduating from their residency programs five to 10 years earlier. Only three were in fact doing so.

Freedman and her co-authors didn’t expect to find so many physicians who ran up against “significant professional barriers” when they expressed an interest in providing abortions. She expected to find “more of the focus on fear of violence and controversy, maybe some moral dilemmas” for those who weren’t providing abortions, but she discovered something else:

Many assume that young physicians give up abortion practice because they are afraid of violence or ignorant of the history of illegal abortion and deaths associated with it.  I don’t believe that is really the problem. The physicians I spoke with were quite aware of the history and the importance of safe and compassionate abortion care for women.

The barriers are formal and informal; some are explicit before hiring and some surface after hiring. Some of the new hires are gently advised, “We’re not going to be doing that.” Others receive specific warnings. One doctor in the study was threatened in an interview by the outgoing senior partner.

He leaned across the desk and said, “If I ever find out you did elective abortions any time in your professional life, you’ll never practice medicine in [this state] again. Do you understand that?”

A few of the doctors who tried to moonlight as abortion providers soon found out that was also prohibited.

New physicians have little power and professional support, so their ability to change the status quo is nil. Freedman and her co-authors believe that providing training in contract negotiation and conflict management may help these doctors continue to provide abortions as they transition from residency programs to practice. Young doctors can also benefit from ongoing contact with pro-choice colleagues and community members.

Freedman hopes that the study will help improve abortion care simply by revealing the impediments faced by potential providers:

Much effort has gone to motivating individual medical students and residents to provide abortion, which is imperative. However, this study shows that individual-level motivation can only take them so far. They need support and they need information about obstacles they may face in practice before they get there, so they can choose their jobs accordingly. And I hope that the study will cause some larger organizations, private practice groups and hospitals to take a look at what kinds of barriers to abortion care they are perpetuating.”

We need to dismantle those barriers. Why should any doctor be prohibited from providing a legal medical procedure? It’s not an option if it’s not available.