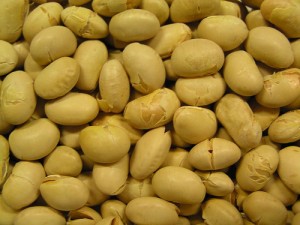 Genetically modified (GM) foods are increasingly found on supermarket shelves, but most consumers seem unaware of their potential impact on sexual health. Maybe a recently released report showing that hamsters are rendered sterile after just three generations of eating a diet of GM foods will change that apathy into concern.

In joint research by Russia’s National Association for Gene Security and the Institute of Ecological and Evolutional Problems, one group of hamsters was fed a diet of GM soybeans while the control group was fed non-GM soy (which the scientists say was difficult to obtain, given the spread of GM soy and its transgenic properties). The animals were monitored for behavior, weight gain and birthrate. Scientist Alexei Surov reported that the researchers noted slower rates of growth and sexual maturity by just the second generation. The next generation was unable to reproduce. While people are not hamsters, this does raise some interesting questions concerning the safety of the food we purchase, prepare and consume.

Major U.S. companies, including Kellogg, Coke, Pepsi, Kraft, Heinz and others, don’t use GM foods in their European products, but the same can’t be said for those products in the U.S. Why the difference? Groups like Friends of the Earth Europe actively campaign for GM-free foods for both environmental reasons and reasons of personal health and safety. If more people in the U.S. knew about the possible short- and long-term consequences of ingesting GM foods, maybe they too would raise a ruckus.

Farmers like to tout GM crops as an ecologically-conscious choice, arguing they protect the environment by decreasing pesticide use and making no-till crops possible. But a recent study shows how this technology can backfire and create more problems for farmers and the environment alike. The study, issued by the National Research Council, showed that farmers are jeopardizing the benefits of so-called Roundup Ready crops, which are genetically engineered to be impervious to the herbicide Roundup. In doing so, farmers are creating weeds resistant to the chemical, thereby defeating the bioengineering’s purpose. Not only do they have to use more and more Roundup, but ultimately they have to resort to even more toxic herbicides to compensate for its overuse. Better living through chemistry indeed.

Doug Gurian-Sherman of the Union of Concerned Scientists told USA Today that GM crops can never be proven entirely safe. He believes science should operate on the “precautionary principle”: if something can’t be proven to be 100 percent safe long-term then it shouldn’t be used.

GM foods have sparked a long-standing debate that won’t be resolved anytime soon. One group of researchers–typically those on the side (and payroll) of Big Agriculture–tout the benefits of biogenetically engineered crops, frequently mentioning how they are embraced by developing nations as a means of eliminating starvation. What they fail to mention is that four of the largest transnational agribusinesses (Syngenta, Dupont, Bayer, and Monsant0) own more than half of the world’s seeds, making governments offers difficult to refuse. It’s a seller’s market, and these are the seeds for sale. What else, and from whom else, will they buy?

The other group of researchers, typically those associated with environmental, consumer-interest and health organizations, are more cautious, asking manufacturers and farmers to take the time to conduct research and to study the long-term impact of tinkering with nature. After all, once the genie is out of the bottle, there is no putting it back.

For more information on GM foods and a food shopping guide, visit The Center for Food Safety website.

ABOVE: Image of soybeans by T. Hagihara. From Creative Commons, attribution 3.0 unported.