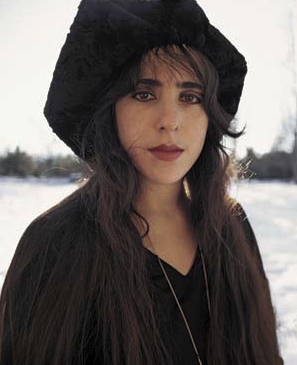 The great singer-songwriter Laura Nyro, famed for such songs as “Wedding Bell Blues,””Stoned Soul Picnic,””Eli’s Comin’,””And When I Die,” “Stoney End” and “Save the Country,” was inducted into the Songwriters Hall of Fame last night in New York City.

Nyro was an extraordinary singer in her own right, but gained even more attention for the songs she wrote, which were covered by such artists as The Fifth Dimension, Barbra Streisand, Three Dog Night and Blood Sweat & Tears. At one point in 1969–the height of her fame as both a cult artist and a songwriter–three of her compositions, all sung by others, were in Billboard magazine’s Top 10 during the same week.

I was in college at that time, and everyone knew who Nyro was–she and Joni Mitchell were equally revered, especially among young women who were swept away by the artists’ confessional lyrics and passionate performance. But ask a college student these days if they’ve heard of Nyro and they draw a blank–Mitchell’s fame only grew over the years, while Nyro–a more reclusive type–retreated into a smaller corner of the music world. She died in 1997 of ovarian cancer at age 49.

Since her passing, a number of her albums have been reissued, revues have been created around her music and she continues to be recognized by musicians for her tremendous historical influence on the singer-songwriter movement of the late 1960s. She especially inspired women to voice themselves in performance, rather than just remain the creation of male producers. Even Mitchell, who tends to credit few short of Bach with having any impact on her genius, has name-checked Nyro as someone of importance to her musical development.

And finally, after years of being pretty much ignored by the mainstream arbiters of pop music–Rolling Stone never puts her brilliant, groundbreaking albums Eli and the Thirteenth Confession or New York Tendaberry on its Top Whatever lists–the music world is starting to recognize and honor her. She was a finalist for the Rock and Roll Hall of Fame this past year, and now she’s a Hall of Fame songwriter–a big deal for a woman, considering these numbers: Only 18 of the 179 songwriters in the Hall from the rock era (since 1953) are women, just five of the 230 songwriters from the Tin Pan Alley era (1878-1952), and two of the 18 songwriters from 1600-1879. Really? So few great women songwriters among all those great men? Why am I suspicious that there’s, uh, some gender-based myopia here?

Feminists have long loved Nyro, especially when she made it very clear in the early 1980s that she was one of the tribe–even describing herself in one song as being of a “radical feminist bent.” She particularly subscribed to ecofeminism, writing paeans to trees and nature and animal rights, and she also gave shout-outs to goddesses such as Sophia, Hecate and the Triple Goddess.

If you want to know more about Nyro–shameless plug alert!–read my biography of her. And listen to her music. Here’s a start:

Video of Laura Nyro from one of her rare television appearances, on the Kraft Music Hall in 1969. Photo of Nyro at top by Stephen Paley, used by permission of the photographer.