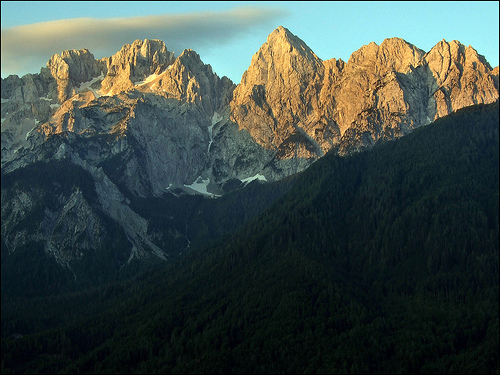 I’m just back from the annual Academy for Eating Disorders conference, this year in beautiful Salzburg in the Austrian Alps. Perhaps that location helps to explain why keynote speaker Kelly Vitousek raised a provocative comparison between eating disorders and extreme mountain climbing.

The spark for Vitousek’s talk was a search of eating disorder (ED) websites that kept turning up the phrase, “It’s not about food or weight.” As a cognitive behavior researcher, she had trouble with this idea, which she read to mean, “ED has nothing to do with food or weight.”

We could quibble about the semantics. Of course, the symptoms of EDs are all about food and weight, but when I hear, “It’s not about,” I assume we’re looking for root causes–and personally I don’t believe the root causes of EDs are about food or weight. They’re much more deeply emotional and human in nature. The preoccupation with food and weight is merely the portal–the indicator of profound existential distress. Vitousek never mentioned this critical word “distress” in her talk, nor did she mention triggers.

However, when she started to make comparisons between ED and other obsessive self-endangering pursuits, I was intrigued. One specific analogy was to extreme mountain climbing. This seemed to me a terrific metaphor and parallel to ED. Extreme mountain climbers subject their bodies to circumstances almost guaranteed to harm them in a quest to reach a dangerous ideal. Not only is the training program beyond the realm of ordinary mortals, but the combination of cold and oxygen deprivation at great heights can cause cause permanent brain damage. Not to mention the risk of falling off a cliff or into a crevasse. On the world’s most dangerous mountains, the mortality rate for extreme climbers can reach up to 41 percent–far higher than the mortality rate for anorexia nervosa. The greatest threat comes from oxygen deprivation, and yet “purist” climbers look with contempt on those who summit with oxygen tanks–much as anorexic “purists” view the intake of even minute portions of certain foods as “cheating.” In both cases, needlessly perilous standards for performance are set as competitive criteria, then elevated to ideals.

A friend at the conference told me of her practice, at the height of her anorexia, of rising in the middle of the night to run for hours before she took her children to school. Now she recognizes this self-imposed rigor as an indicator of her eating disorder, but in light of Vitousek’s talk about the context for distinguishing between “extreme sport” and “disorder,” I could see just how easily we might applaud such extreme running discipline in a woman who labeled herself an “extreme marathoner.” The context in which we view self-endangering behavior plays a critical role in determining whether we are impressed or alarmed by it.

The context in which we view eating disorders is a culture as obsessed by food and weight as people with eating disorders are. Thus EDs in our midst are routinely ignored. Extreme cases of anorexia or bulimia attract fascination or even applause (think tabloid headlines and cover shots); binge eating disorder is stigmatized as a loss of “control,” rather than acknowledged as an existential warning sign.

In this context, the primal human needs for nourishment, care and connection are overlooked as easily as the human needs for oxygen, warmth and blood flow are in the extreme mountaineering community. Individuals stake their lives on attaining ideals that defy human existence, believing that this attainment–and this attainment alone–will give them a sense of genuine satisfaction. Even if they reach the top of Everest, climbers can only stay at the top for a few seconds before they have to descend. And the descent is often more dangerous than the climb, just as the process of recovery can be scarier than the slope that initially leads to the artificial high of an eating disorder.

Just as EDs are not “about” food and weight, I suspect that extreme mountaineering is not ultimately “about” rock and height. Both are quests for life-threatening ideals that appeal to people who are obsessive and compulsive; who may be fixating on these goals as a means of not addressing other, more emotionally draining aspects of their normal lives; who may feel that achieving the impossible is the only way they can gain respect or be heard. Both, in other words, “speak” to individuals sharing a similar set of temperamental traits. The girl who becomes anorexic might, given a different context, become an extreme climber, and vice versa.

In cultures that openly acknowledged, valued and understood the language of primal needs–instead of ignoring or twisting this language, as ours does–both behaviors would be read as aberrational signals of deep human distress. They would attract concern and attention, support and care, and restorative human connection.

Sadly, that’s not how we react in our culture. Strangers, friends, and even family all too often simply stand back and watch in horror, shock, and sometimes awe at the spectacle of self-punishment, as if they have nothing to do with–or for–the pain that underlies it.