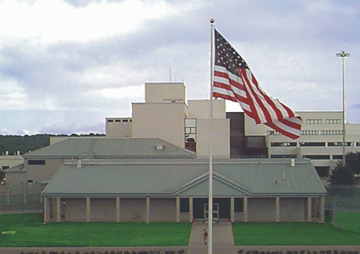 Linda D’Antuono Fenton, a 34-year-old inmate at the Federal Medical Center-Carswell near Fort Worth, died in 2004 eight days after she was taken comatose from Carswell to the trauma center of a local hospital. She never regained consciousness. The circumstances surrounding her death were loaded with unanswered questions. Now, a federal judge has answered at least one of those questions in the first successful negligent death lawsuit brought against the prison hospital since it was opened 15 years ago as the only hospital in the country for women convicted of a federal crime.

On June 15, following a four-day negligent death trial brought by Fenton’s family, Federal Judge Terry Means of the Northern District of Texas found that a “preponderance of evidence” showed that the government had breached its duty to protect Fenton while she was in its custody and that such a violation was the “approximate cause of the injury” that led to her death. Local prison reform activist Don Campion called the ruling a “landmark” decision and said that federal judges should carefully consider it before sending any more women to Carswell, an institution rife with medical neglect cases, many leading to untimely deaths as well as rape and sexual abuse.

On Feb. 23, 2004, Fenton, who suffered from Tourette’s syndrome, was found unconscious and near death in a high-security cell in Carswell’s psychiatric wing, a sheet wrapped tightly around her neck. She was two days away from being released after serving five years for a drug-related offense. The official cause of death was suicide, a finding that her Florida family never bought. They have always blamed her death on the Carswell staff’s negligence in failing to protect their sister, even from herself. Her debilitating mental condition caused her to explode in uncontrollable anger that often led her to attempt to harm herself, a condition well known to the Carswell staff.  She had attempted suicide 18 times in the years she had been at the facility.

The events leading to the petite Fenton’s death began with an ordinary request to shave her legs in preparation for her journey home, a request that was inexplicably denied by her psychiatrist. “She wanted to be pretty and feminine for her trip home,” her sister Betty Appleby said. “What was so wrong with that?”

Fenton then went into an uncontrollable verbal rage against the doctor and was moved to a disciplinary isolation cell. Later, she asked to be returned to her unit so that she could tell her fellow inmates goodbye. That request was also denied, triggering another angry outburst.

When Carswell staff nurse Deborah Castner and Officer Joe Reamy came on duty in the isolation unit where Fenton was housed the morning of February 23, Fenton asked Reamy to help her find a way to get back to her unit to tell her friends good-bye.  Reamy said he would do it later, triggering another outburst from Fenton who then put toilet paper over the narrow window in the cell door, covered the lens of the camera in her cell and told Reamy she was going to “put something around her neck” to strangle herself.

At that moment, according to the Bureau of Prisons’ suicide policy, Reamy should have called for help and kept Fenton in his “direct sight line” at all times, which meant opening her cell door since the window was blocked and moving her to a plexi-glass cell where she could be observed at all times, with no sheet or blanket that she could use to harm herself.

Reamy did none of those things. Instead, he left Fenton unattended for several minutes and went to get Castner who looked through the food slot in the door and saw “a lump” on the bed. Still, neither of them opened the door, waiting at least another four or five minutes for Reamy’s supervisor to come.

Bureau suicide-training manuals state that brain cells begin to die within four to five minutes once they are deprived of oxygen.

Under questioning from plaintiff’s attorney Don Carter, Reamy admitted that he did not take Fenton’s threats seriously. “You thought she was trying to con you,” Carter said. “Yes sir,” Reamy replied.

In total, six minutes passed before Ramey, Castner and  supervisor Lori Sleigh, opened Fenton’s cell door. She was blue and had no pulse. Emergency personnel shocked her heart back into rhythm, but it was too late.

Reamy testified that he could not open the cell door of an inmate in distress without his immediate supervisor present, a fact that Sleigh quickly disputed when she told the court that she was not required to be present in a medical emergency, in particular a suicide threat where minutes can be the difference between life and death. Her testimony was the defining moment in the trial.

The joy of victory, however, was diminished by the judge’s inexplicable ruling on the separate issue of damages for pain and suffering. Means wrote that because Fenton was in a coma and heavily sedated in her final days, she could not have suffered pain–even though no expert medical testimony was given to support such a finding.

He awarded the family just $4,500, for funeral expenses.