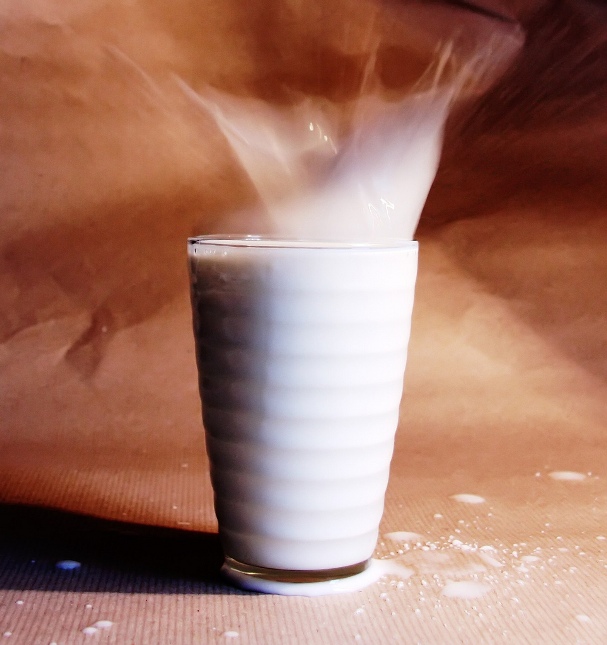 Dear Saudi Arabia: Has anyone told you it’s the year 2010 and you can stop with the ludicrous rulings scaling back women’s rights and, specifically, their mobility?

Last week, a court in Saudi Arabia sentenced four women and 11 men between the ages of 30-40 years to flogging and prison for “mingling at a party.”

While this is absurd, to say the least, it becomes downright hypocritical paired with another news item out of Saudi Arabia earlier this month, when Muslim scholars came up with a hare-brained plan for women to start breastfeeding their male drivers.

It all started when Sheikh Abdul Mohsin al-Abaican, a consultant at the Saudi Royal Court, issued a fatwa (what else?) stipulating that there should be a symbolic bond between unrelated men and women who regularly come into contact with each other.

Since Saudi women are not allowed to drive, one group of men they regularly come into contact with are their male drivers. So another Saudi scholar followed with the brilliant recommendation that women “donate their breast milk to men.” After all, in Islam, breast milk kinship is considered to be as good as a blood, explains the Gulf News. This way the drivers can become the women’s sons, to save women from the sin of going around with men who were not related to them! Yay! Mission accomplished, morality saved!

Before you jump off a bridge over the insanity of this, take a moment to applaud Saudi women, who instead of giving up all hope in this culture of anything-absurd-towards-women-goes, took this opportunity to intensify their campaign to gain the right to drive. Journalist Amal Zahid said that the slogan of the campaign will be: “We either be allowed to drive or breastfeed foreigners!”

While the Saudi authorities continue to pretend they hold the moral high ground, going out of their way to keep the sexes segregated and prevent women from driving, fatwas such as this just go to show who the real perverts are: Saudi men. Saudi men, and “scholars” who would preserve women’s “purity” by not allowing them to mix with men, but telling them it is OK to have strangers suckle on your breast so they become related to you?!

The truth of the matter is, Saudi authorities want to keep denying women the right to drive as part of their larger efforts to curb the mobility of women and in effect, their rights. The less you are able to get around the less you are able to do. It’s the way they hide behind the supposedly religious justification that is the most disgusting part.

Kudos to the women of Saudi Arabia for taking this as an opportunity to expose to the world and keep reminding us of the culture of absurdity they are forced to live in. These women should be congratulated for using the issuing of yet another insane fatwa and flipping it into an opportunity to maybe, one day, winning their right to drive.

A version of this piece was posted on the Huffington Post and Feministing.