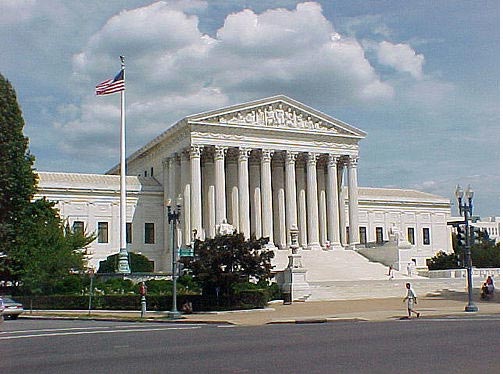 A new report from University of Georgia Law school gives proof that, as a woman, Elena Kagan faces particular hurdles as she vies to become the newest Supreme Court Justice.

The report, an empirical analysis of Senate Judiciary Committee hearings between 1939 and 2009, finds that women and minority nominees are held to higher standards than their white male counterparts.

According to the report, senators engage in less chatter with women and minority nominees, feeling a need to ask more substantive questions than they do with white male nominees.

The findings also reveal that women and minority nominees are more heavily questioned on their judicial philosophies, suggesting “senators are interested in grilling [them] regarding their approaches to constitutional interpretation.”

The authors insist that their findings are not designed as an attack on the current system, but rather a way to raise awareness and be a precursor to change. They write:

The evidence regarding female and minority nominees should give pause to those concerned with the unique challenges the process presented to non-traditional nominees. … Our hope is that this project will create a foundation for more vigorous empirical work in this area in the future.

Whether changes will be made to ensure the equal treatment of all Supreme Court nominees is yet to be determined. Still, one thing is clear from recent history: Roadblocks notwithstanding, the confirmation of women and minority Supreme Court Justices can be accomplished. Sonia Sotomayor  became the first Latina justice and only the third woman justice, and as the first few days of the hearing have shown, Kagan is well on her way to being the fourth.

Abortion Access: If There’s Political Will, There’s A Way