A Pill for Men-Still Five Years Away - Ms. Magazine
Skip to content 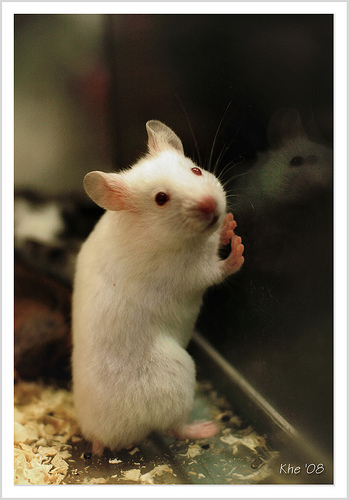 The Internet, especially the feminist blogosphere, is all abuzz this week with the promise of a new contraceptive pill for men within the next five years. But researchers always say a pill for men is just five years away, according to University of Washington medical professor John K. Amory.

The spark of new hope stems from an interview with Professor Haim Breitbart of Israel’s Bar-Ilan University, published June 28 in London’s Telegraph.  Breitbart promises a monthly pill, free of side effects, for men. The Telegraph says human trials are scheduled to begin next year.

How does this proposed pill work? The answer lies in a breakthrough paper Breitbart published four years ago,  in which he and his colleagues announced a new discovery about how sperm cells create new proteins after ejaculation, while hanging around in the uterus before fertilization can take place. Breitbart believes that if this protein production process can be derailed, conception can be prevented without hormones.  He calls his chemical concoction the Bright Pill (a twist on his name).

So far, the prototype works very well, inducing temporary sterility for one to three months at time, depending on dosage. In mice, that is. Breitbart believes there are no side effects, telling a reporter for an Israeli news service,

The mice behaved nicely. They ate and had sex; they were laughing, and everything, so all I can say is that we couldn’t see any behavioral side-effects–all their sex behavior was retained, which is a very important consideration for human men.

Well, then. If the mice were laughing and having still having sex, then it must be all right. (Mice laugh? How can you tell?) I’m certainly willing to give Breitbart the benefit of the doubt on this one and believe that so far, the Bright Pill is very effective for male mice.

But we’re a long way from the jubilation seen in some corners of the Internet over this news. Not only does effectiveness in mice not guarantee effectiveness in humans, Breitbart and his research associate, Dr. Yael Gur, plan to continue rodent testing for at least another year before moving on to test the pill on primates. Then come three phases of clinical trials in humans, after lab and animal testing, to assure the drug’s safety and efficacy before developers can apply for U.S. approval  (other countries have similar processes). Funding is needed for this lengthy process, and since there’s presently no drug company behind the project, Breitbart and Gur are seeking investors.

So even if a Pill for men is five years away, would men use it? Depending on the study and the country, anywhere between 14 percent and 71 percent of men say they would. What do you think, Ms. Blog readers? If you’re male and heterosexual, would you take Brietbart’s “Bright Pill”? If you’re a woman who has sex with men, would you want your partner to take it?

Cross-posted at re:Cycling, the blog of the Society for Menstrual Cycle Research