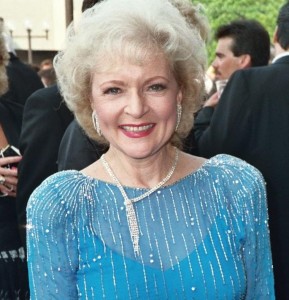 It’s time once again for another installment of our weekly blog roundup! Relax this holiday weekend while you read up on Betty White’s new show, the new gay Facebook, the sex-change capital of the world, and midwifery in New York.

Mashable reports that the new gay men’s social network Fabulis is getting some serious backing from venture capitalists.

Feministing’s Samhita responds to Joel Stein’s astonishingly ignorant, truly pitiful article for Time articulating his racist dismay at the influx of Indian Immigrants to his hometown.  Sepia Mutiny has a lot more.

At the Women’s Media Center, Shelby Knox makes a persuasive argument that Wonder Woman in pants is not a feminist win.

Chris Brown, who pled guilty to beating his then-girlfriend Rhianna last year, cried and sang some songs the other day at the BET Awards. Despite this, the consensus at What About our Daughters is that he will re-offend.

From Feminist Looking Glass: Doctors are injecting pregnant women with a steroid in the hopes of preventing female fetuses from growing up to be lesbians, unfeminine, or inclined towards ‘masculine life choices’.

Radical Doula reports that the Midwifery Modernization Act has passed in New York, which is great news for the state’s midwives and the families they care for.

From In These Times: Trinidad, a new documentary out on DVD, explains how Trinidad, CO, a town of 9,000, has taken on the moniker “sex change capital of the world”.