The U.N. is Pushing For Women - Ms. Magazine
Skip to content 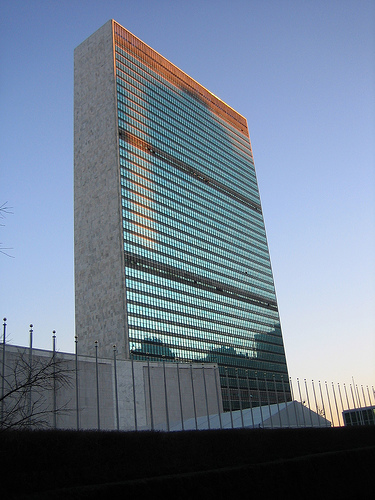 The push for world-wide gender equality and women’s empowerment gained ground today, as the United Nations General Assembly voted unanimously to create the UN Entity for Gender and the Empowerment of Women, also to be known as UN Women.

Merging and expanding on what had been four distinct groups within the UN (Division for the Advancement  of Women, INSTRAW, Office of the Special Advisor on Gender Issues and UNIFEM),  UN Women–which emerged after years of deliberation as part of the UN reform agenda–will provide a more effective way to meet the needs of women and girls, according to Secretary-General Ban Ki-Moon:

Among it’s many roles, UN Women will be responsible for supporting groups such as the UN’s Commission on the Status of Women, helping member states implement standards regarding the treatment of women and holding the UN accountable to its own commitments to gender equality, including its promise to decrease maternal mortality 75 percent by 2015.

“UN Women will give women and girls the strong, unified voice they deserve on the world stage,” said Deputy Secretary-General Asha-Rose Migrio.

Above image of United Nations in New York from Flickr user openDemocracy under Creative Commons 3.0.