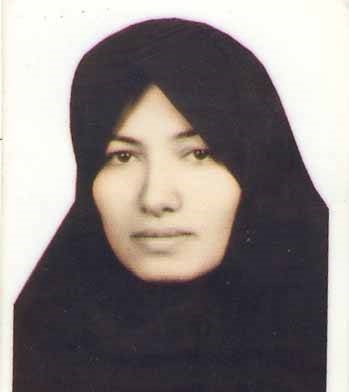 Help is needed to preserve the life of Sakineh Mohammadi-Ashtiani, an Iranian women who could be stoned to death at any time. Equality Now says it has learned from credible sources that Mohammadi-Ashanit received the sentence after being changed with committing adultery with two men.

Mohammadi-Ashtiani has spent the last five years in jail after receiving an original sentence of 99 lashes in May 2006 for a lesser crime of having “illicit relations” with two men. It was not until September 2006, when the case was taken up by a different court, that  she was charged with adultery.

Despite no strong evidence against her and her denial of the charges, Mohammadi-Ashtiani was convicted on what Equality Now described as simply “the judge’s opinion” that she was guilty. Two of the five councilors on the court reportedly believed “there was no legal proof for the charge of adultery.”

Iranian law does not allow a second charge on an offense in which a person has already been convicted. Seeing that Mohammadi-Ashtiani has already received lashes for her crime, she cannot rightfully be charged again. This, and the fact that stoning to death violates the International Covenant on Civil and Political Rights to which Iran is a member, is further evidence of the wrongful action being taken against Mohammadi-Ashtiani and women like her.

Indeed, the Guardian reports that Mina Ahadi, a German human rights activist who helped Sakineh’s two children launch the campaign to save her, has received calls from the families of two other women in Tabriz prison (where Mohammadi-Ashtiana is incarcerated). Both Azar Bagheri, 19, and Marian Ghorbanzadeh, 25, have also been sentenced to death by stoning for adultery.

You can join the campaign to help Ms. Mohammadi-Ashtiani and others by sending a letter to Iranian officials asking for her immediate release, as well an end to all sentences to death by stoning, and a comprehensive review of the Civil and Penal  Codes of Iran which discriminate against women.  Equality Now has created a letter which you can simply fill in your name and email; it can be found here. It begins:

I am writing to you about Sekineh Mohammadi-Ashtiani, who has been sentenced to death by stoning for adultery, a charge she denies…I respectfully ask that you do all you can to ensure that the punishment of stoning against Ms Mohammadi-Ashtiani is immediately rescinded in accordance with Iran’s law that a person cannot be tried for the same crime twice. I note that women are disproportionately convicted for adultery and fornication in Iran and I urge you also to work for the removal of all provisions in the Iranian legal codes that discriminate against, or have a discriminatory impact on, women including those regarding adultery and fornication.

Ms. Mohammadi-Ashtiani may have lost her say in what happens to her, but you have not. Take a minute, send a letter and (feminist fingers crossed) save a life!