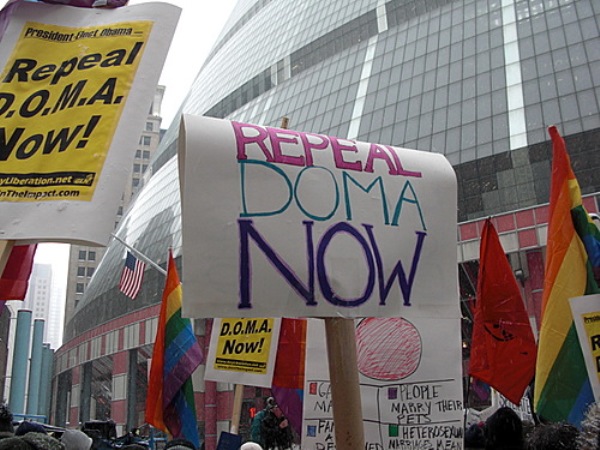 A Boston judge has ruled that a federal gay marriage ban is unconstitutional since it precludes the right of states to define marriage. U.S. District Judge Joseph L. Tauro ruled in favor of gay couples’ rights in challenges to the 1996 Defense of Marriage Act, known as DOMA. Massachusetts had argued that DOMA prevented gay married couples from having access to benefits such as Medicaid in Massachusetts, where same-sex unions have been legal since 2004.

Tauro said the act forced the state to discriminate against its own citizens and violated the equal protection clause of the U.S. Constitution. Tauro wrote:

This court has determined that it is clearly within the authority of the Commonwealth to recognize same-sex marriages among its residents, and to afford those individuals in same-sex marriages any benefits, rights, and privileges to which they are entitled by virtue of their marital status. The federal government, by enacting and enforcing DOMA, plainly encroaches upon the firmly entrenched province of the state.

This ruling could set a precedent for other states if it is upheld on appeal; plaintiffs’ attorneys fully expect such an appeal from the Obama administration..

So far, five U.S. states and the District of Columbia have legalized gay marriage.