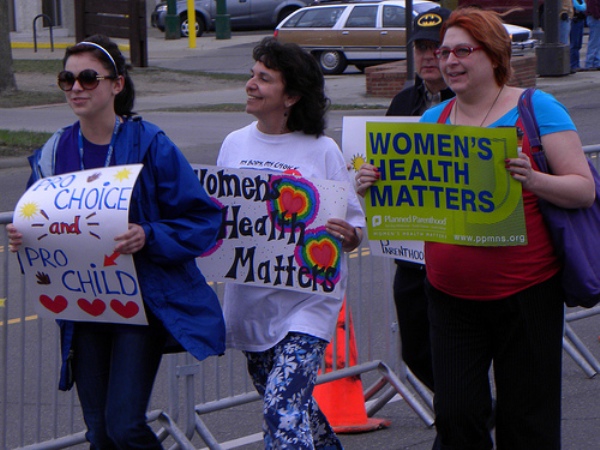 A federal judge has blocked a new Nebraska law requiring elaborate mental health screenings and physical examinations for women seeking abortions, supposedly to ensure that they weren’t coerced and fully aware of  their “risk factors.”

Judge Laurie Smith Camp granted Planned Parenthood’s request for a preliminary injunction against the law, which would have gone into effect Thursday. The law had already been signed by Gov. Dave Heineman in the spring and, if passed, would have made Nebraska the first state to require a mental-health screening  before the procedure. The injunction order will prevent the state from enforcing the law until the challenging lawsuit is decided.

Though state officials say the law is intended to make sure women understand the consequences of an abortion, Planned Parenthood argues that the law would be difficult to comply with and could allow doctors to give irrelevant or misleading information to patients.

Nebraskan abortion doctor LeRoy Carhart, a colleague and friend of the late Dr. George Tiller, agreed with the judge’s decision:

It was a strong ruling. There was no other goal in mind [by the Nebraska legislature] except to make abortions harder for women, and I don’t think the law will ever see the light of day.

The mental health screening measure is one of two controversial abortion laws signed by Gov. Heinem. The other would ban abortions after the 19th week of pregnancy, based on the supposition that fetuses at this stage of development can “feel pain,” and is scheduled to become effective in October.