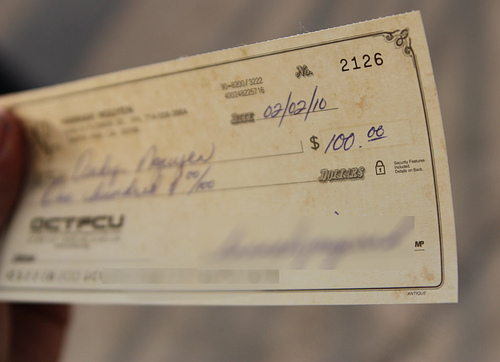 This is not just a question of fairness for hard-working women. Paycheck discrimination hurts families who lose out on badly needed income. And with so many families depending on women’s wages, it hurts the American economy as a whole. In difficult economic times like these, we simply cannot afford this discriminatory burden.

The law would make employers have to give a very convincing reason for paying men and women different salaries for doing substantially equal work. It builds on the Equal Pay Act of 1963 to improve remedies [PDF], allow class-action claims and prohibit employer retaliation, among other things. The PFA would put gender discrimination on the same level as racial discrimination.

The White House is making a strong commitment and adding more desperately needed resources to enforce the laws to end job and wage discrimination. For feminists who have worked for equal pay for decades, at last, we are getting traction–real momentum–from the top. And we are not going to rest until equal pay for women is a reality.

Considering that women are now half of the U.S. workforce and that their wages provide a significant source of support in two-thirds of U.S. families–yet they still earn just 77 cents for every man’s dollar–the pending legislation is long overdue.