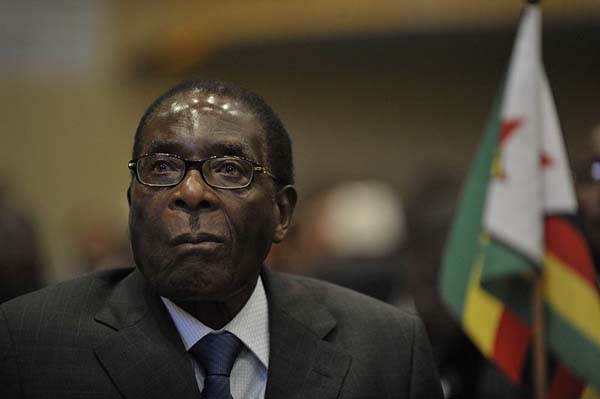 The threats by Zimbabwe’s president Robert Mugabe–“I will never, never, never, never surrender. Zimbabwe is mine”–were alarming enough even before his intentions became clear. Looking back, those words foreshadowed the desperate acts of a merciless tyrant. Two years later, many are seeking justice for the rape campaign Mugabe allegedly used to ensure his re-election in 2008. Victims and their advocates are now hoping the president and his supporters will be found guilty of crimes against humanity.

Charges were brought by Aids-Free World (AFW) following an 18-month investigation. Their report, Electing to Rape: Sexual Terror in Mugabe’s Zimbabwe, contains 70 personal accounts alleging that members of Mugabe’s party, ZANU-PF, unleashed “sexual terror” against women affiliated with the Movement for Democratic Change (MDC). The report was released in Johannesburg last December, and the AFW used the recent AIDS Conference in Vienna to draw international attention to violent corruption in Zimbabwe.

The AFW is concerned that several of the rape survivors have contracted HIV, given that 15 percent of the country’s adult population is infected. And the terror could strike again. Said Stephen Lewis, co-director of AFW:

There’s not the slightest question that Mugabe has his youth corps and his war veterans, and they are ready to do it again and the world is silent. How is it possible that he’s allowed to get away with it?

After gathering witness statements, a transatlantic team of lawyers are asking the International Criminal Court to get involved. The AFW made a similar request in Electing to Rape:

Accountability for these crimes is critical and serves several purposes: It punishes the perpetrators; it provides justice for the victims; it pierces the veil of impunity that protects Zimbabwe’s highest officials and enables them to maintain their abusive regime at the cost of women’s lives and health; and it deters future rapes.

Women were called “puppets” and “whores” of the MDC when they were attacked. In total, 380 acts of rape have been confirmed, although many more victims were likely scared to come forward. Throughout more than 300 hours of testimony, women identified 241 men who sexually assaulted them for their political views. Every victim supported the MDC and every rapist was identified as affiliated with the ZANU-PF. None were prosecuted by Zimbabwe’s police.

Photo of Robert Mugabe is public domain, courtesy of the U.S. Navy