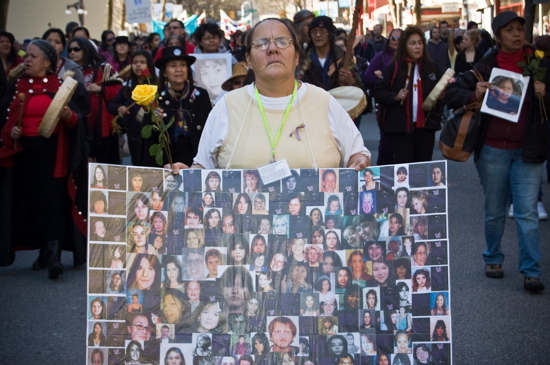 Canada’s highest court announced today that Robert Pickton, the country’s infamous serial killer, will not get a retrial for the murders of six women in Vancouver, British Columbia. The Supreme Court upheld his original sentence, Canada’s maximum for murder–life with no chance of parole for 25 years.

Pickton was also charged with the murder of 20 other women, mostly sex workers in Vancouver’s Downtown Eastside, a neighborhood home to many suffering from addiction and mental illness. Today’s decision sets a strong precedent for the prosecution and conviction of those who murder women and girls doing sex work.

In Canada and the United States, women and girls in the sex trade have a 40 times greater mortality rate than other women. Yet police are often slow to investigate their disappearances and to identify suspects. In Vancouver alone, over 70 women have gone missing from the city’s Downtown Eastside; most are Aboriginal. The police investigating these cases have been criticized for failing to act sooner, let alone recognizing that the disappearances may have been the work of a serial killer. Many people from the Downtown Eastside say it isn’t a coincidence that police attention has been scant. Angela MacDougall, a local activist, remarked,

If there were women missing or had been murdered who had European ancestry, who came from middle-class backgrounds, there would be outrage, this would be on the front pages every day.

Indeed, the cases of the 20 women from the downtown eastside are likely to be discontinued to spare the court costs. The deaths will remain under investigation, however, along with 39 other cases of missing women–some suspected to be victims of Pickton, others lost along British Columbia’s famed “Highway of Tears,” and still others with few details on their disappearance.

For the families of the six victims whose cases resulted in a conviction, today’s decision brings some closure. But for the families whose daughters’ cases will likely never be heard, the news is harder to swallow. Lynn Frey, whose sister Marnie was among those Pickton was convicted in killing, said:

There’s families that their daughters have gone missing and they know darn well he had them on the farm … They’re going to their grave never knowing what happened and never having accountability for their loved ones,”

They will join numerous families of sex workers who will never know who killed their loved one. Studies have shown that conviction rate is lower for murder trials in which the victim is a sex worker–three times lower, one U.K. study found.

The fight for justice continues.