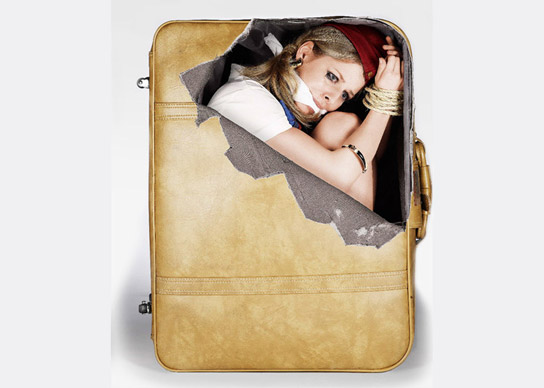 Last week, we ran a “No Comment” post about new suitcase stickers being sold on thecheeky.com that depict various contraband cargo, such as drugs and money. What drew our ire was the  “Air Stewardess” sticker, which depicts an apparently terrified woman who’s been bound, gagged and stuffed into the owner’s luggage. This “cheeky” portrayal of human trafficking is supposed to be funny, but it’s not.

So we were excited to learn that CNN had run a piece about the stickers (which have been banned in Canada due to airport security concerns). Then we saw the video.

The two-minute segment, picked up from the Canadian Broadcasting Corporation (CBC), features footage of the two smirking entrepreneurs behind thecheeky.com nonchalantly strolling a Vancouver airport, carrying suitcases bearing two of their creations: “Cash,” a sticker that makes your luggage appear to be full of U.S. currency, and “Sugar,” which makes it look full of cocaine. The segment was titled “Cocaine stickers not for airports,” and the online description noted that “luggage stickers giving the illusion of cocaine and money are popular with consumers.” No mention anywhere of the illusion of a woman stuffed into a bag. 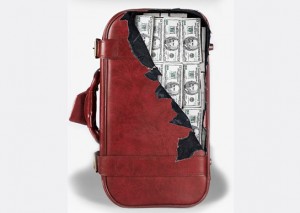 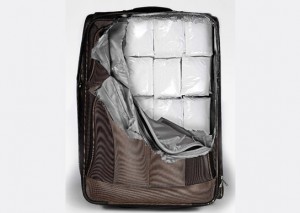 In the video, the creators defend their product, which CBC describes as “suitcase stickers that playfully suggest nefarious contents.”

But what of the disturbing image of a teary-eyed woman being smuggled in baggage against her will? It’s shown in a split-second screenshot of the website, but is only mentioned once, when the segment reporter calls it and another omitted image “just photographs.” Right, it’s just a photograph of a staged violent kidnapping. 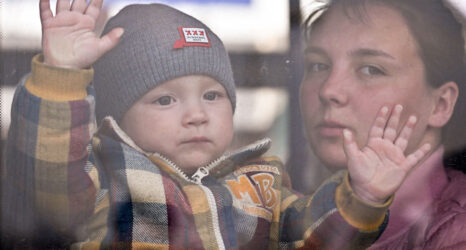