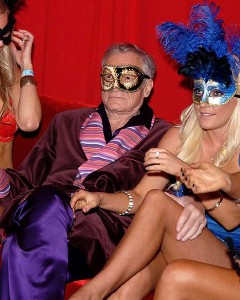 Ms. brings you all the news that’s fit to link from the feminist blogosphere: Facebook’s racial profiling, sexism on Mad Men, Michelle Obama likened to Marie Antoinette, and more.

Feministing’s Vanessa reports that a transgender woman was ridiculed and refused treatment at an Indiana hospital.

In a recent interview with the Daily News, Hugh Hefner said the same stuff he’s been saying for the better part of a century, insisting that “Women are sex objects”. The claim, Jehmu Greene points out for the Women’s Media Center, “reveals that he doesn’t know the difference between ‘subject’ and ‘object,’ and doesn’t understand the dangers of objectifying human beings.” But what kind of shrewdness can you really expect from a man who never changes out of his pajamas?

At The Atlantic, Sady Doyle of Tiger Beatdown argues that Mad Men lets us comfortably believe sexism is past.

Over at Feministe, Mai’a critiques feminist privilege and identifies as a “mama”: “When i have been seen as being helpful to another’s liberation, that is when they start calling me mama.”