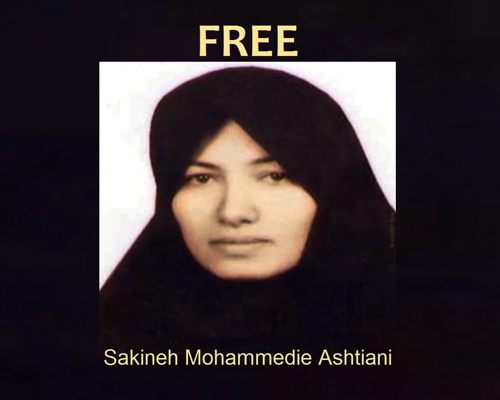 Last week Brazilian President Luiz Inácio Lula da Silva offered asylum to an Iranian woman who has been convicted of adultery and sentenced to death. Iran dismissed the offer, saying Lula was “emotional” and didn’t understand the case.

“Emotions” would seem warranted in a case where a woman may be buried to her neck, then stoned to death.

President Lula expressed those emotions quite eloquently in his announcement:

I call on … Mahmoud Ahmadinejad to permit Brazil to grant asylum to this woman … I find myself imagining what would happen if one day there was a country in the world that would stone a man because he was cheating.

Sakineh Mohammadi Ashtiani was convicted of having an “illicit relationship” with two men after the death of her husband in 2006. She was spared from stoning last month but may still face execution by hanging.

Her son thought the Iranian government would reconsider her case in light of Lula’s offer: Iranian officials had phoned his home and said his mother’s case would be “dealt with” later in the week.

But Lula’s offer was rejected. And some activists and citizens are afraid the country’s government will quietly carry out the executions of 15 other Iranians currently facing death by stoning.

Besides Ashtiani, 12 women and three men await death by stoning, including Azar Bagheri, who was convicted of adultery when she was 14 years old. Under Iranian law, this type of execution can only be applied to one 18 years or older, so Bagheri waits in prison for her 18th birthday. She has already been subjected to two mock stonings. Bagheri was married to a much older man and convicted of adultery one year after her wedding, reportedly on the word of her husband.

This form of execution is a legal punishment in Iran, though the Quran doesn’t explicitly endorse it. While the Quran says adulterers should receive lashings, nowhere does it mention stoning. The Iranian public doesn’t like stoning, either. According to an article by Soheila Vahdati from Iranian.com, “the Judiciary executes stoning sentences in secrecy, often in closed cemeteries or remote locations. The bodies of the stoned victims, in some cases, have not even been returned to the families.”

Activists are calling on prominent women leaders to denounce Iran’s position in the UN Commission on the Status of Women, and to pressure the Iranian government to put a final end to the draconian practice of stoning.