The Leap from Younger Puberty to Fat-Shaming - Ms. Magazine
Skip to content 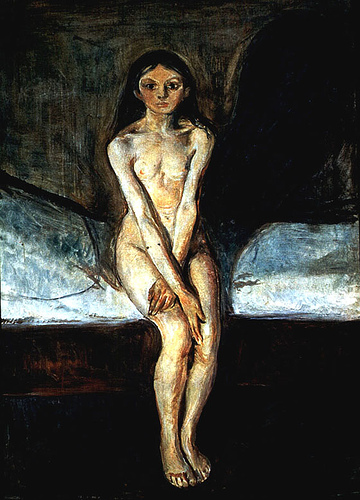 When the story that girls are reaching puberty earlier than ever began popping up everywhere this week, I did not doubt its veracity. It was no coincidence that I received an email from a friend yesterday, observing with mixed feelings that she had just purchased a first bra for her oldest daughter. Her daughter is 9.

News about girls reaching puberty earlier and earlier isn’t exactly new. We saw a flurry of stories in late 2009, when studies found an association between early menarche, late menopause and breast cancer. Additionally, the finding that African American girls often show signs of pubertal development earlier than other girls is well-established.

The study that triggered this new explosion of publicity, published this week in Pediatrics, assessed girls’ development by evaluating the size of breast buds (as breasts are called in early stages of development). The researchers evaluated an ethnically diverse population of 1,239 girls ages 6 to 8 across three research sites. They found that 10.4 percent of white, 23.4 percent of black and 14.9 percent of Hispanic 7-year-olds had reached “Sexual Maturation Stage 2.” Stage 2 is more typically reached at age 10, but may occur any time from age 8 to age 13. Menarche, the first menstrual period, occurs on average at age 12, in Stage 4, but it, too, varies, occurring as early as age 9 and as late as age 17.

The Pediatrics study does not, however, reveal what has caused the age of puberty to fall. Many are quick to blame the alleged obesity epidemic, as the study found that heavier girls were more likely to have more breast development. But Dr. Frank M. Biro, the first author of the study and the director of adolescent medicine at Cincinnati Children’s Hospital Medical Center, told the New York Times that it is unlikely that weight alone explains the findings. Instead, he speculates that environmental chemicals may influence early breast development, and he and his colleagues are presently running lab tests to assess the girls’ hormone levels and chemical exposure.

Fat is one of many factors affecting pubertal development. Others include:

(For a more thorough analysis of causes of early puberty, see Sandra Steingraber’s report, The Falling Age of Puberty in U.S. Girls: What We Know, What We Need to Know, published in 2007 by the Breast Cancer Fund. Among other findings, Steingraber reports that new research has revealed that the amount of natural hormones a child’s body produces on its own is much lower than previously estimated; this means “safe levels” of exposure to synthetic hormones and endocrine disruptors must be recalibrated, and policy modified accordingly.)

Sadly, much of the public discussion of this research seems to be centering on the possible role of the alleged obesity crisis (or in fat activist Kate Harding’s preferred terminology, “the obesity crisis OOGA-BOOGA!”), despite a lack of concrete evidence. I’d hate to see this research lead to increased fat-shaming and body image issues for young girls, as there are far more serious consequences of a dramatic decline in age of puberty.

Why isn’t the focus on what can be done to help girls? Research published ten years ago by Girl Scouts, Inc., reported that 8- to 12-year-old girls are growing up in an increasingly stressful environment, as their cognitive and physical development occur at an accelerated pace, while emotional development does not. In other words, despite the budding breasts, a 10-year-old is still a 10-year-old psychologically. The resulting tension leads to young girls dealing with teen issues, such as sexuality and relationships, before they are ready.

Sandra Steingraber’s report for the Breast Cancer Action Fund lists numerous other possible outcomes of early puberty, including increased risk of mental illnesses such as depression, anxiety and eating disorders, as well as higher risk of PCOS and breast cancer later in life. Early puberty is also associated with greater risky behaviors in adolescence, such as smoking, drinking, drug use, and crime, as well as early and unprotected sex. Early-maturing girls also experience higher rates of violent victimization.

Of course, many early-maturing girls experience none of these negative outcomes. Some are like my friend’s little girl, whom she reports is walking a little taller today and wearing a quiet smile. What are we doing for the girls who don’t have her confidence and her support systems? The Breast Cancer Fund recommends advocating [PDF] for chemical policy reform, at state and federal levels, that will reduce our exposure to radiation and harmful chemicals in the environment and in the products we use, and increasing corporate accountability to eliminate environmental exposures to carcinogenic and endocrine-disrupting chemicals. All girls (and boys, too) should be able to approach puberty with a smile on their faces and pride in their steps.

Cross-posted at re:Cycling, the blog of the Society for Menstrual Cycle Research.