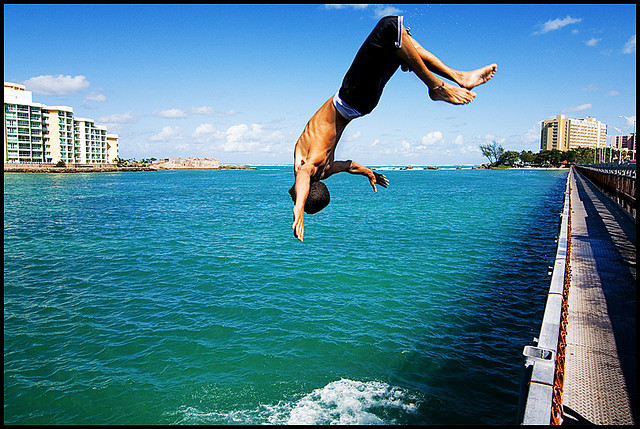 Simone de Beauvoir famously wrote, “One is not born a woman, but becomes one.” The male corollary, a much older aphorism, is usually framed as an imperative: “Be a man.” Or its inverse: “Don’t be a pussy.”

So what is a man? Don Draper is a man; James Bond is a man. We’re told pretty much from birth that we should be like them. Physical and political power are manly characteristics. So are aggression and dominance, both in love and war. Men eschew domesticity, sensitivity, nurturing behavior and vulnerability. Those who do not are total pussies.

Of course, as Mad Men fans know, not even Don Draper is Don Draper. The archetypal Real Man is just as much an unattainable caricature as its feminine counterpart.

This is the flipside of patriarchical advantage: Buy into the whole enterprise and you’ll spend your entire life trying and failing to become a Real Man. That’s enough to put anyone in therapy, if therapy weren’t for pussies.

I submit that all American men have had to, at some point in their lives, deal with the insecurity that comes from failing to be a Real Man. The most common way to deal with this is to double down on Real Manliness by suppressing your un-Manly instincts and converting your loathing for them into vehement contempt for anyone else who exhibits those same characteristics. That includes actual non-men.

I suspect that the reason why the double-downers are so repulsed by feminism is because it represents an existential threat to the system by which they’ve always measured their own self-worth. After entire lives spent cultivating a self-image as a strong, independent individual with a career and political capital, they’re being told that these are not exclusively male properties. But if they aren’t, then the Real Man itself is a concept devoid of content, and generations of American men have spent their entire lives chasing a shadow.

It seems to me that the difference between a feminist man and a virulent anti-feminist man lies in how one deals with that realization. You can either treat feminism as a threat to your entire life-long project, or you can treat it as an opportunity: an opportunity to define your self-worth in terms of your own projects and goals rather than those imposed on you by Maxim, Axe Body Spray and Spike TV.

I am a feminist man. While I can argue for that position on the grounds of moral responsibility and basic human empathy, I would be lying if I painted my position as some kind of noble sacrifice. It is in my own self-interest to be a feminist, because I know that I will never be a Real Man and that many of my own goals and priorities are decidedly un-Manly.

So rather than wander around in a state of perpetual self-loathing, I try to come to some other understanding of what it means to be a man. This is, I think, one of the great challenges for American men born in the wake of second-wave feminism. It’s a daunting project, because there are so few guideposts, but for the very same reason it is also a liberating one.