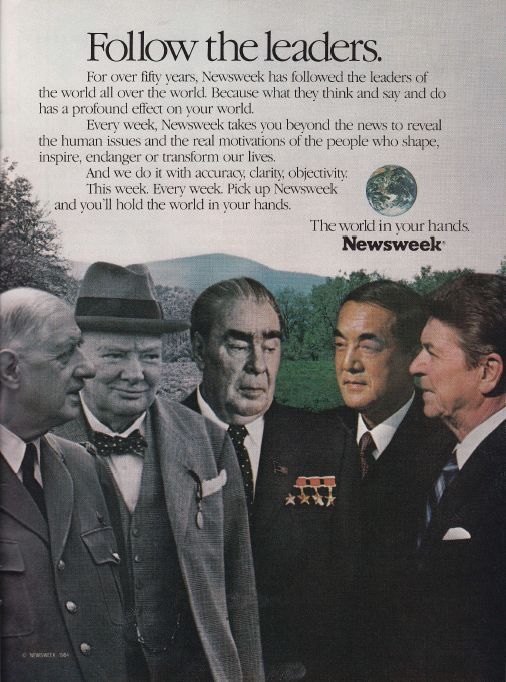 This ad for Newsweek appeared in the pages of the April 1984 issue of Ms.: a roundup of “leaders of the world” without a woman in sight. It seems an unusual ad for a feminist magazine to take, but Ms. was going through a struggle concerning whether to accept paid advertisement (see Gloria Steinem’s article “Sex, Lies & Advertising” from the July/August 1990 issue of Ms.), which resulted in the publication of some questionable ads like this one.

However, another question here is why Newsweek thought that an ad depicting such a startling lack of gender diversity would appeal to women in the first place. Perhaps they didn’t notice they were ignoring half the world’s population?

It also makes us wonder: How far have we really come since then? Of course, there are the Angela Merkels and Hillary Clintons of the world, who have shattered glass ceilings. But where are all the other women leaders?