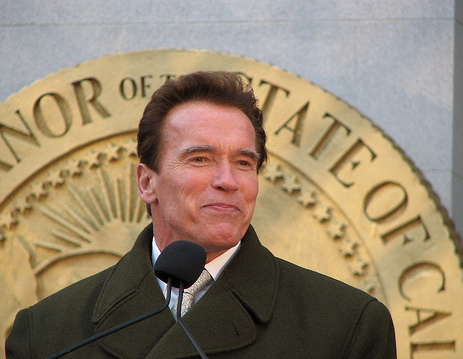 National health care passed in March, but health insurance companies—with the full support of the California Republican legislators and Governor Arnold Schwarzenegger—are still working overtime to gouge customers and block what would seem to be the most “family values”-friendly benefit of all: maternity services.

For the third time in as many years, California State Assemblymember Hector De La Torre is trying to extend maternity coverage to all women in California, through AB1825.

It has passed each year only to be terminated by the governor’s veto pen.

De La Torre says the governor “doesn’t like mandates.” The governor argues that any increase would be too much for many people, and they’d simply cancel their insurance.

The real problem is that employers have been cutting benefits and insurers have been targeting the uninsured with policies that lack maternity coverage. “Since 2003, the number of individual women covered has dropped precipitously from 82 percent to 26 percent today,” De La Torre said. “We will have to have maternal care in 2014”—it’s a requirement in the Patient Protection and Affordable Care Act (national healthcare reform bill)–[so] “what do we do between now and then?”

Currently in California, HMOs, which are overseen by the Department of Managed Health Care, are already required to include maternity services in any policy they offer. But individual and group policies are regulated by the Department of Insurance and don’t have the same coverage requirements. AB1825 would bring the two into conformity, and it’s estimated to only cost between $7 to $8 per month per policy.

This is in marked contrast to what the law now allows and women have experienced. Health insurers can exclude maternity services in order to offer a cheap policy. Then, if you think you may want to get pregnant–and you have to plan this in advance because you won’t be able to get coverage once you are pregnant and thus have a “pre-existing condition”—the insurance company will offer you a special policy rider that can cost hundreds of dollars a month.

“We’ve heard the stories of women and what they’ve been charged. It’s outrageous,” said Beth McGovern, legislative director for the California Commission on the Status of Women.

A small business owner, who was newly married and wanted to start a family, told De La Torre’s committee that she couldn’t afford the pregnancy rider. So she had to close her business and go to work for a large employer that offered maternity benefits. “Women should not have to make life-altering decisions because of health insurance coverage,” said De La Torre.

In an effort to get the governor’s support, “There’s been some discussion about inserting an exclusionary period during which time pregnancy is not covered,” said McGovern. This is similar to other exclusions for pre-existing conditions and may be offered in the Senate. This isn’t an ideal solution but  would offer women some coverage.

It’s up to the small-business-friendly governor. He’s just made a cameo appearance in Sylvester Stallone’s new action film, The Expendables, playing a mercenary named “Trench” who’s hired as part of a hit squad. Before he leaves state government, he should prove he hasn’t been bought and paid for by the health-insurance industry to become one of their hit men, bent on proving that women are expendable. He needs to make women’s health a priority before he returns to Hollywood full time. What’s he got to lose?

The bill is in the Senate now and is expected to hit his desk soon. He has until August 31 to let it become law or, once again, prove his insensitivity towards women’s and families’ needs with a veto.

Let him hear from the trenches. Call or email the governor’s office. Tell him California women are not expendables.