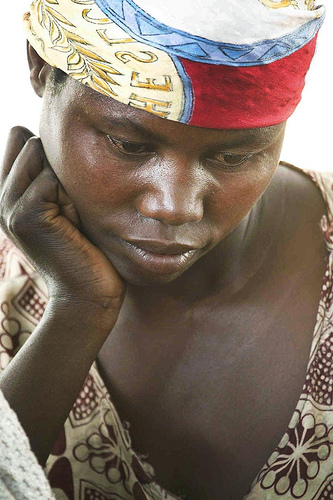 A United Nations mission will begin in the Democratic Republic of the Congo (DRC) today to investigate reports of nearly 200 rapes across 15 villages in the eastern part of the country.

According to U.N. workers in the area, the violence occurred between July 30 and August 3 in villages near the mining center of Walikale.

The New York Times reported that Congolese women were raped by two to six men at a time, often in front of their families. The rapes were carried out systematically by a gang of 200 to 400 men.

A U.N. human rights team said Tuesday that the Democratic Forces for the Liberation of Rwanda (F.D.L.R) and the Mai Mai Cheka rebel groups committed the attack. The F.D.L.R. is a Rwandan rebel group that fled across the border into the Congo in 1994 after the Rwandan genocide; the Mai Mai Cheka is a Congolese rebel group.

While the scale of last month’s violence has prompted international media attention, rape has long been a weapon of war in the Democratic Republic of the Congo.

This is another example of both the level of sexual violence and the insecurity that continue to plague the DRC,

Three years ago, The Guardian reported that “hundreds of thousands of women” were being raped in the Congo, with the same group, the F.D.L.R., being one of the worst perpetrators. That same year, The New York Times reported widespread rape, including the rape of girls as young as three years old.

Despite this long history of systematic sexual violence, the U.N.’s military presence has been unable to curb it. In 2007, The Guardian reported,

The largest United Nations peacekeeping force in the world of more than 17,000 troops has done little to stop [the raping].

Today, it seems, may not be so different. The Inter Press Service reports that Luvungi, one of the sites of the violence, is only 16 kilometers from the closest U.N. military camp. The Associated Press reported that 25 U.N. peacekeepers were in one of the communities during the attack.

Currently, 20,000 U.N. soldiers are stationed in the Democratic Republic of the Congo, a country approximately the size of Western Europe.

Endangered in a Pandemic: The Education of Millions of Girls

20 Events That Shaped Sexual Violence Prevention in the Last 20 Years
#TaylorIsFree: Taylor Swift Takes Back What’s Hers
Trump Races to Weaken Environmental and Worker Protections, and Implement Other Last-Minute Policies, Before Jan. 20