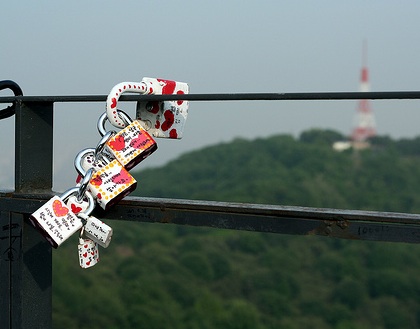 While following the ups and down of the Prop 8 trial, I was reminded of an editorial by Bob Morris in The New York Times way back in 2004. “Gay Marriage? How Straight” was a cheeky bit of contrarianism, a gay man’s lament that marriage equality could ruin what he considered the relative freedom of gays and lesbians to self-define the terms of their romantic lives.

In his essay, Morris cites a claim made by the Lambda Legal Defense and Education Fund that denying same-sex couples the right to marry dooms gays and lesbians to “permanent adolescence,” the cultural purgatory of the eternally dating, never permitted to graduate to the paradise of wedded bliss. The implication is that the marital side of the mountain is not only the side of state-sanctioned legitimacy, but also maturity, stability and depth. And that those of us who remain unmarried–either because of discriminatory laws, circumstance, or personal choice–are leading diminished, circumscribed lives, excluded from meaningful and fully committed adult love. Though his analysis is somewhat problematic, Morris worries that legalized same-sex marriage would mean that gays and lesbians would lose a powerful privilege–the ability to “be single without being stigmatized.”

Six years later, this argument still resonates with me as a now-30-year-old, unmarried (but not single) hetero chick with no plans to ever tie the knot. Indeed, it’s difficult to find a respite from the cultural master narrative that any romantic relationship that does not culminate in marriage is in some way flawed. All marriages may not be happy ones, but it’s a truth near-universally acknowledged that unmarried folks–especially unmarried women–must be miserable. (A myth, by the way, that social scientist Bella DePaulo ably deconstructs and refutes in her book Singled Out.)

But more is at stake here than just concern over being misunderstood. Marriage is a contract, after all, and a lot is tied up with it, including basic economic and social rights and privileges. Radical queer, feminist and anti-capitalist activists have established well-developed critiques of the institution of marriage and its implication in systems of oppression. Srimati Basu recently detailed the “unnaturalness” and non-normativity of marriage on the Ms. blog. Meanwhile, organizations such as Beyond Marriage and the Alternatives to Marriage Project are working to expand the marriage debate to ensure that it addresses not only the unjust exclusion of some groups from marriage but also the ways in which marriage itself is exclusionary. As Beyond Marriage’s call-to-action puts it:

Marriage is not the only worthy form of family or relationship, and it should not be legally and economically privileged above all others. A majority of people–whatever their sexual and gender identities–do not live in traditional nuclear families. They stand to gain from alternative forms of household recognition beyond one-size-fits-all marriage.

Among groups that are stigmatized and harmed by the elevation of marriage as the gold standard of committed relationships, Beyond Marriage lists single parents, senior citizens living together and serving as each other’s caregivers, adult children caring for their parents, close friends or siblings living together and serving as each other’s primary support, and care-givers who provide support to those living with long-term illness such as HIV/AIDS. Beyond Marriage makes the case that expanding legal recognition to include diverse forms of households, families and relationships will do more for social justice.

So instead of erasing boundaries, a single-minded focus on marriage equality for same-sex couples may run the risk of re-inscribing the lines and perpetuating inequity. Still, given the earnest desire to celebrate love and partnership, how do you initiate a conversation that critiques marriage when it’s a right that so many of our friends, partners, parents and others have fought long and hard for, and are still actively, substantially denied?

In other words, how can an unmarried person question the value of marriage without it coming across as undermining, overly negative, or a bad case of sour grapes?

Dean Spade, an assistant professor at Seattle University School of Law and the founder of the Sylvia Rivera Law Project, provides a video primer, via Xtranormal. Some highlights:

I want a world where romantic relationships are not privileged over other kinds of friendships, where we don’t make empty promises about forever.

I hate it when people say that gay marriage will disrupt gender and family roles because gay people will bring something new to marriage.

It feels like what is happening is the wedding industrial complex has got gay and lesbian people in its clutches and they are all building desires for its boring, expensive fantasy.

It is so awful that people keep on saying this is about equality; there is nothing equal about the state privileging certain relationships over others.

If we want equality we should get rid of marriage and make it that no one should have their immigration status, health care access or parenthood depend on being married.

Questioning marriage doesn’t mean abandoning the fight for marriage equality, or pursuing it with less fervor. It means expanding the dialogue and examining our underlying assumptions and biases about the kinds of relationships that count.