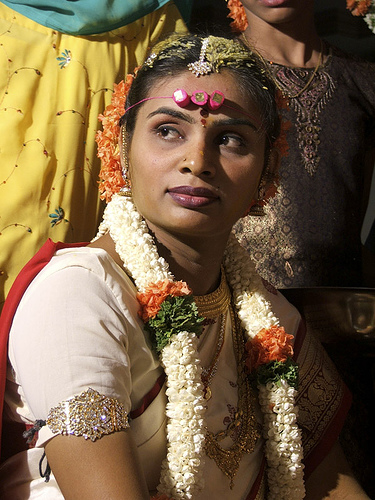 According to the The New York Times this week, India has introduced a new method of birth control: $106 dollars in the hands of a young bride. It’s up to the newlyweds to choose and implement a method of family planning, but one condition of this “honeymoon package” is non-negotiable: no pregnancies for at least two years.

There’s no question that India has a population growth issue: Some economists project a population of 1.9 billion people in the coming decades. Yet efforts to slow growth often have been ethically awkward: In the mid-1970s, Sanjay Gandhi, the Prime Minister’s son, created a forced sterilization program, complete with vasectomy camps for men with two or more children. More recently, in 2004, The Guardian reported on a sterilization policy in Uttar Pradesh, India’s largest and most populous state, that traded guns for vasectomies. According to a 2008 article in The Washington Times, the reasoning behind the guns-for-vasectomies policy (which was evidently still in effect then) was machismo:

After a survey found that most men refused vasectomies because they did not want to lose their “manliness,” the government adopted a new strategy. “We decided to match it with a bigger symbol of manliness: a gun license,” Mr. Srivastava said, and “it has worked wonders.”

OK, compared to single-barrel shotguns, $106 cash incentives don’t look as problematic (and let’s not even get started with the implication that a gun is a symbolic replacement for a penis). And some feminists argue that it’s hard to oppose a policy that puts much-needed money into the hands of poor women. Gender Across Borders writes,

As a colleague of mine who’s worked on HIV in Malawi said, we should know by now that women don’t need inspirational posters and educational songs … where poverty is rife women need money. Duh. And for more reasons than just that money will help buy X, Y and Z that she needs. It’s about the power that having money invests in an individual. This is also why so often women don’t control money in their relationships and societies, a clear symbol of their status writ large.

One could also note the health benefits associated with delaying childbearing in India–where 44 percent of children under five are malnourished, according to the World Bank. Conversely, in Satara, the region where the honeymoon package is in effect, only 15 percent of children under five are malnourished–a result not only of this program but also of an earlier campaign to raise the average age of marriage and reduce the number of child brides. Moreover, the two-year birth-controlled waiting period affords brides and grooms (many of whom are still teenagers) time to finish their educations.

Yet while this program isn’t as coercive as forced sterilizations or as absurd as guns-for-vasectomies, paying young and often-uneducated rural women to do anything with their reproductive organs is an ethical tightrope act. When does this money get distributed, when the two years begin or when they are over? What happens if a woman gets pregnant before two years are up (abortion?) or a male partner feels less inclined to wait (sexual violence?). Daughters don’t often fare well during population-control initiatives. China, with its one-child policy, now has a population gap of 32 million more men than women in the under-20 population. Even in the absence of a one-child-policy, Indian cultural preference for sons over daughters resulted in 1,500 female fetuses supposedly being aborted (illegally) by Indian-born women in England and Wales between 1990-2005. In India itself, the number of “missing” girls is far greater: seven million over the past 25 years.

And of course, in a country where the World Bank estimates that, according to 2005 data, 42 percent of the population lives on less than $1.25 a day, $106 dollars can be just as coercive as being sent to a vasectomy camp.