Do Men Make Better Women Than Women Do? - Ms. Magazine
Skip to content 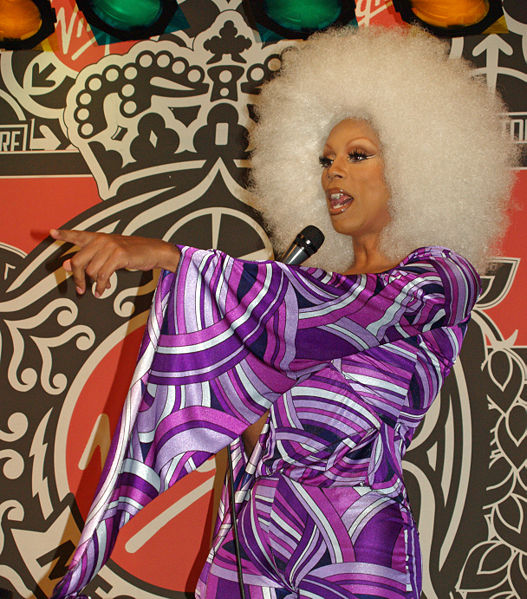 I choreograph a stage show for a drag queen. In his day-to-day life, this queen is a soft-spoken, 6’7 man who rides a road bike and enjoys fresh salads. In his drag life, he’s Barbie Banjée, the bitchiest (and tallest) of East Vancouver queens, boasting the longest legs and sharpest cheek bones in the biz.

As choreographer for Ms. Banjée (and backup dancer!), I have taught many lessons in the art of hip-swinging, body rolling and boob shaking. But could my queenly protege soon replace me as an “instructor of femininity?” Yes, according to The Boston Globe and RuPaul. Barbie Banjée might even be better.

RuPaul’s Drag U, which premiered last month, takes the concept of the famous queen’s other popular TV show, RuPaul’s Drag Race, and gives it a twist–woman-identified women contestants (rather than drag queens) learn femininity from drag queen professors and attempt to unleash their inner divas.

Whatever it is that some women feel they’ve lost touch with in the 40 or so years since the women’s movement, drag gives them a chance to rediscover it. They get something from drag that they don’t get from a normal makeover—it lets them perform womanliness, to try it on like a new outfit, but with the label still attached.

And men, apparently, are the best helpers in this discovery of womanliness (remember the film Tootsie?).

In the first episode of Drag U, a group of so-called tomboy women compete to become more feminine versions of themselves under the tutelage of men in drag. RuPaul instructs the show’s faculty, “You ladyboys need to show these boy-ladies how it’s done.”

Contemplating the bizarre and somehow fascinating concept behind this show, feminist philosopher Judith Butler immediately springs to mind. Butler’s highly-influential and oft-referenced Gender Trouble posits that qualities and behaviors assigned to masculinity and femininity are not innate to men and women, but the result of a daily performance.

Could Drag U offer a new angle on Butler’s theory of performativity? Maybe drag queens really are the best instructors of femininity, given that they’re in a near-constant state of performance. If you spend your life perfecting the art of doing something (like, say, doing gender) could you be considered an expert?

It’s possible. But it’s also frustrating to think that femininity is just one more thing men are said to do better than women.

Considering our shifting social climate, which privileges and elevates men who take on traditionally feminine tasks like child care and housework, it’s not surprising that ‘bio’ or ‘faux queens’ have begun to crop up. A bio queen is a woman-identified woman drag queen who performs femininity, sort of like the women on Drag U, but conscious of the acting component. In my life as a drag choreographer, I suppose I’m considered something of a bio queen; I perform hyper-femininity alongside Barbie, the Queen Bee, who defines womanliness. Together we’re outrageous; we push gender, sexuality (and fashion) boundaries, both performing some version of ‘woman’ that is neither of ourselves.

But who does it better? If I said it was me, Barbie would probably just look me up and down and reply, “Bitch, you better work.”

Photo of RuPaul from Flickr user david_shankbone under Creative Commons 2.0.