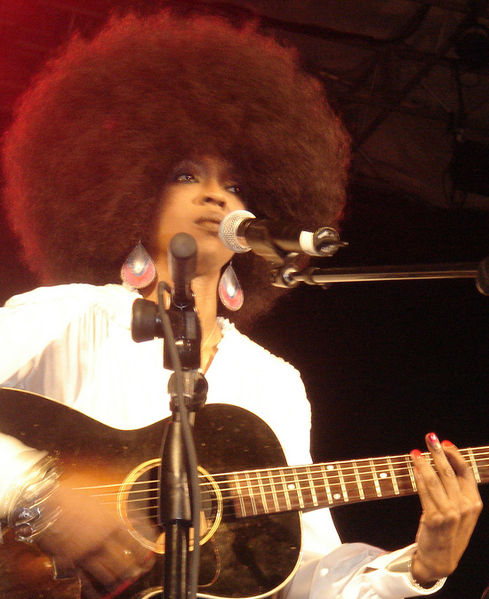 In the wake of the monumental success of The Miseducation of Lauryn Hill, Ms. Hill (as she prefers to be called) had it all—a multi-platinum innovative album that she had produced, written and arranged herself, five Grammy awards, a Time magazine cover, a significant other, healthy children and a budding acting career. She was the woman other women wanted to be. Then Hill all but disappeared.

Fans have been lamenting her absence and awaiting a comeback since then. Recently, there have been L-Boogie sightings: footage from her performance at the June 2010 Harmony Festival, the Rock the Bells Tour appearances, a NPR feature and a new-ish single titled “Repercussions” making the rounds on YouTube.

bells hooks has also gone missing, with no less disappointment from her feminist fans. Gina Ulysse wrote this Ms. tribute to the black feminist scholar who established standards for appreciating black femininity in and outside of the academy. bell hooks devotees are no less fanatical about her sightings—musing about where she is going to appear next, what she is going to write and wondering what the heck is special about Berea College.

Both Ms. Hill and Dr. hooks have opened their lives to us through their writing and art. They demanded that black women respect themselves, modeled this healthy self-esteem and earned global respect in the process. Our parasocial relationships with these women make us feel like we know them and make us painfully aware of their absence.

Personally, though I really miss them both, I don’t want either to re-enter the public fray unless they are ready and rested. What kind of black feminist would I be if I encouraged another weary sister to shoulder the burdens of the masses simply because she’s so good at it?

These two women have inspired so many women and men to rethink their feminist politics and the role of women in popular culture. As their fans, we must rethink what asking them to return to us might cost them. No more sacrificial superwoman mantras for me. Once a sister has gone above and beyond her call of duty, I can proudly let her rest and boldly recruit others to stand in her place with me. That’s what the legacies of Ms. Hill and Dr. hooks have taught me.