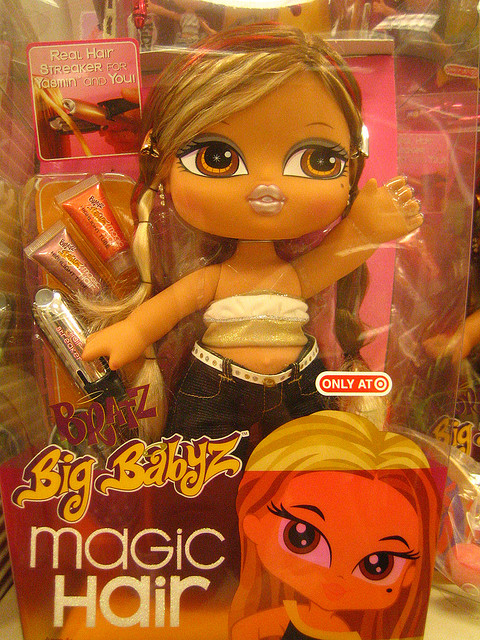 The weekend is finally here and you know what that means: It’s time for another Ms. roundup! We bring you the best of the web–everything you might have missed while you were busy reading all the amazing posts for bell hooks week, from terrible toys to “race neutrality” to anti-Girl Scout zealots.

“My Cleaning Trolley,””Pole Dance Doll,” “Pregnant Barbie”–these gems are among the worst toys ever made for girls. The Daily Femme has the full list.

Craigslist made it easy — yes, too easy — for a naive woman like me to slide into a dark and illegal lifestyle. In the world of escorting, essentially straight-up prostitution, Craigslist was the Walmart. Everybody said that.

A new study confirms what we’ve been saying for years: False rape accusations are rare. Extremely rare, in fact. According to a not-yet-published 10-year study, false allegations account for only 5.9 percent of rapes reported. And the percentage is even smaller if you consider the fact that 60 percent of rapes are never reported. Yes Means Yes has more.

There’s a thought-provoking open letter to liberals and feminists over at Beyond Meds from Gianna Kali, in which she expresses her chronic frustration, disappointment and anger at what she calls “the left’s neglect of the human rights of those who have been psychiatrized.”

Ramadan proves to be a trying time for sex workers in Senegal, a country where 94 percent of the population is Muslim and prostitution is legal. According to The New York Times, business nearly comes to a halt for prostitutes during the holy month, when sex is only allowed between spouses at night.

Racialicious ran Part One of their interview with awesome anti-racist thinker Tim Wise. In this first installment, Wise discusses “race neutrality,” the ableist term “colorblind(ness)” and what Libertarians have in common with Marxists with respect to post-racial politics.

From Sports Illustrated: Jeff Benedict is quickly becoming one of our favorite sports columnists. This week he reported on the alarmingly high number of college athletes charged with serious crimes–an average of one basketball or football player every other day. Male student-athletes comprise 3.3 percent of the total male college population, yet represent 19 percent of those reported for sexual assault. Benedict argues that universities must demand higher standards or the problem will worsen.

It was a big week for Hans Zeiger, a 25 year-old GOP candidate for Washington’s House of Representatives. This is one young Republican who’s not afraid to go out on a limb, as evidenced by statements like this one (via Feministing):

One might wonder why the Girl Scouts have been spared the painful attacks that have been launched upon the Boy Scouts by the Left in recent years. The reasons are simple: the Girl Scouts allow homosexuals and atheists to join their ranks, and they have become a pro-abortion, feminist training corps.