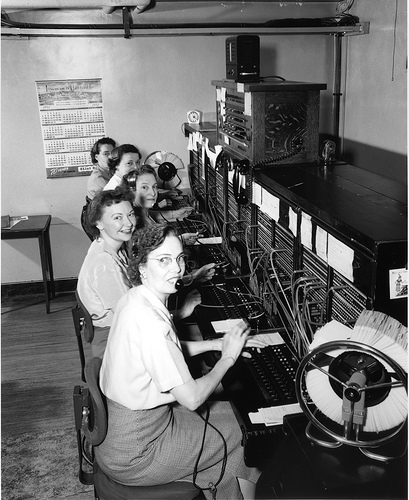 Women’s workforce participation leveled off in the 1990s [PDF], leading some commentators to coo about a new “equilibrium,” intimating that all’s right in the world now that women do three times as much childcare and four times as much routine housework as men. Some folks just love those science-y sounding metaphors to justify gender inequality.

This line of thought contests the common assertion that the stall in progress towards gender equality stems from women’s failure to bargain effectively in the home. One prominent version of this argument is Linda Babcock and Sara Laschever’s “Women Don’t Ask: Negotiation and the Gender Divide.”

Maybe it’s not that women don’t negotiate, but that we lose when we do. Social science documents a lot of negotiation about men’s household contributions. So does common sense. Do you believe that women “don’t ask” their partners? Do you know one woman who hasn’t?

The result is often a series of fights, which threaten to (or do) pave the path to divorce. Why are men so recalcitrant? No mystery there. Just ask what your mother visualized when she dreamt of a “successful” man: someone who was a success at work, reflecting the intertwining of masculinity with wage labor. “We measure the man by the size of a paycheck,” opined Robert Gould in 1974. Most couples still expect men to be the chief earners, according to Jean L. Potuchek in “Who Supports the Family: Gender and Breadwinning in Dual-Earner Marriages.”

The resulting gender pressures leave men feeling compelled to live up to the mandate of work devotion, which requires workers to “demonstrate commitment by making work the central focus of their lives” and to “manifest a singular ‘devotion to work,’ unencumbered with family responsibilities,” to quote Mary Blair-Loy. As workplaces have become greedier, men find themselves running hamster-like to keep up, as documented by Marianne Cooper’s wonderful book “Being the Go-To Guy” about “successful” men in Silicon Valley.

Is this a picture of serene and confident oppressors? Or, a chilling explanation of why women lose our kitchen-table negotiations? (Read “Getting to 50-50”, by Sharon Meers and Joanna Strober.)

Maybe the problem isn’t that women are bad negotiators, but that gender pressures on men fate us to fail. Not much will change unless and until women engage men in challenging the definitions of masculinity that keep men anxiously at work.

Jump-starting the stalled gender revolution will require a national conversation about gender pressures on men, I argue in my forthcoming book “Reshaping the Work-Family Debate: Why Men and Class Matter” (Harvard University Press, 2010). There I explore another reason the gender revolution has stalled: Too often, as in this short essay, our analysis focuses on conditions that apply only in professional-managerial families—the richest 13 percent of American households. To find out what’s what in the remaining 87 percent of American families, you’ll have to read the book.