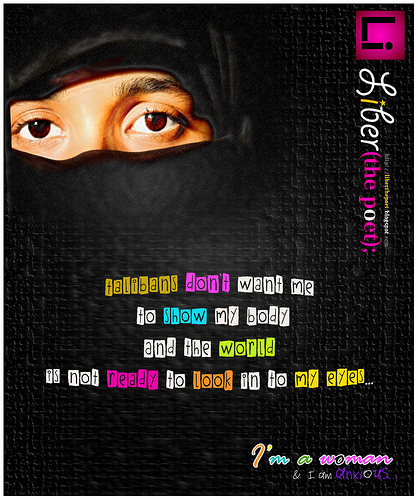 The tragic story of an Afghan teenager who was brutally tortured and maimed by her husband recently caught the attention of millions around the world. Thanks go to Time magazine for sharing Bibi Aisha’s horrific story with the world and reminding us of the plight of so many Afghan women.

18-year old Aisha was dragged to the mountains near her village in the Province of Uruzgan and held down by her brother in-law as her husband pulled out a knife and cut off her nose and ears. This was done at the order of the regional Taliban commander in charge of administering “justice.” Her crime? “Dishonoring” the family by running away from her abusive in-laws who for years had denied her basic rights and tortured her. She was only eight years old when she became a victim of Afghan traditional justice–she was given in “baad,” the practice of giving away women for marriage to settle a dispute or debt. Aisha was taken to her husband’s house when she was 16, was forced to sleep in a stable with the animals and was beaten regularly.

Her story is all too familiar to women in Afghanistan, where they are discriminated against and their basic rights are denied by society and family. They are voiceless victims of custom and tradition and the misinterpretation of Islamic laws. In Afghan culture, people are often reluctant to interfere or report abuses to the authorities because domestic violence or abuse of women by family members is considered a “family matter” and not outsiders’ business. To interfere with others’ family matters is a serious act and is rarely done. The lack of support allows customs and traditions to be given more importance than the law of the country or even some Islamic laws.

Today, despite celebrated laws and numerous decrees and policies purporting to protect women, most crimes against women remain unreported, and even when reported the abuser more often than not remains unpunished. Some of the more heinous crimes make it to the news; most do not. In August 2008, President Hamid Karzai, by presidential decree, pardoned three men who had been found guilty of gang-raping a woman in the northern province of Samangan. By pardoning these rapists, he not only undermined the role of the justice system, but also ended up taking sides with rapists and criminals. By doing so, he quietly–yet so powerfully–reaffirmed the traditional view that women are less worthy. Not long afterwards, President Karzai was again on the wrong side when he signed the “Shiite Personal Status Law” allowing marital rape, limiting women’s basic rights and treating women as second-class citizens. Thanks go to the brave women’s rights activists and supporters who put pressure on Karzai’s government, which ultimately modified the bill.

To President Karzai: By pardoning rapists or legalizing marital rape and allowing child marriage, you reinforce and encourage discrimination and injustice toward women. This must stop!

As the President of Afghanistan you and your government have legal obligations–decreed in the constitution and the international treaties to which Afghanistan is a signatory–to put measures in place to protect and promote the rights of Afghan women. Would you sit idly by if your daughter or sister was raped or her nose and ears cut off?

Stop the culture of impunity!

To the religious scholars: It is not a secret that most of the customs practiced today in Afghanistan have been in place for centuries and are reinforced by the gross misinterpretation of religion. Women are thought of and treated as less than equal to men and therefore inferior; thus, many men justify their abusive behaviors by their own personal misinterpretation of the Quran that women must be submissive and subservient to men.

How long will you stay silent and let women suffer discrimination and injustices because of misinterpretation of Islam? Don’t you have moral and religious duty to educate the public about respect for human dignity and women’s rights?

To civil society and women’s rights group: It is time to take the government to task and hold them responsible and accountable for their action or lack of it. You are the voice of millions of voiceless Afghan women who continue to suffer grave injustices imposed by customs and traditions and ignorance. I commend groups such as Women for Afghan Women for their courage and dedication, and for their important and vital work in promoting and protecting women’s rights.

To the victims of violence and discrimination against women: Your silence will give legitimacy to injustices and cruel and barbaric acts by your perpetrators. Speak up! Seek justice! I commend Bibi Aisha for her courage and bravery in telling her tragic story to the world. She is an example to be held up, not shied away from. The strength she has shown in recovery, I hope, is turned into action, much the way Mukhtar Mai did in Pakistan.

To the international community: You are the last hope for millions of Afghans. Hold the government of Afghanistan responsible to promote and protect women’s rights. Make all funding conditional on empowering women and promoting and protecting women’s rights. Continue supporting civil society and women’s groups that work to empower women. Continue efforts to build the capacity of the law enforcement and the judiciary.

It is time to speak up against injustice toward Afghan women!

Belquis Ahmadi has over 20 years of experience working in Afghanistan on issues related to gender, human rights, civil society development, rule of law, governance and democracy. Ahmadi’s extensive experience includes senior management positions under large USAID programs in Afghanistan, evaluation of USAID gender and democracy and governance programming, and analysis and design of gender and human rights programming, and training and mentoring Afghan civil society and government candidates. She has also published extensively on democracy, governance and women’s rights in Afghanistan.