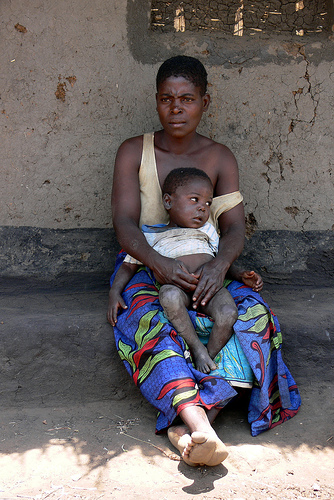 If every woman possessed full control over her body, the world would be a very different place. And that’s precisely why social and economic systems around the globe remain so resistant to change on reproductive health policy, the United States included. But for all its political limitations, the arena of international development offers a channel for shifting the debate on women’s reproductive futures.

The Global Sexual and Reproductive Health Act seeks to bring America to the front lines of the struggle for global reproductive justice. The bill, proposed earlier this year by Rep. Yvette Clarke (D-NY), would ramp up family planning and reproductive health services in developing nations. It would promote prevention measures to fight the spread of sexually transmitted diseases, both help women avoid unsafe abortions and care for those who had an unsafe abortion, and, broadly,

support the achievement of universal access to sexual and reproductive health in developing countries and to ensure that individuals and couples can freely and responsibly determine the number, timing, and spacing of their children and have the means to do so.

The bill would also promote access to sexual and reproductive health services “in developing countries at every phase of a humanitarian emergency”–a resource that’s especially relevant for women in places like disaster-stricken Haiti, where reproductive health risks have soared in the wake of a breakdown of the social infrastructure.

Clarke highlighted the legislation recently on RH Reality Check to catch the ongoing debate in the UN General Assembly over how to move toward the Millennium Development Goals, which emphasize the promotion of gender equality for women and girls.

Consider the millions of people who have relied on food assistance for decades. That’s not development, that’s dependence, and it’s a cycle we need to break. Instead of just managing poverty, we have to offer nations and peoples a path out of poverty.

Though the rhetoric is inflected with domestic political and fiscal tensions, it actually dovetails neatly with a global reproductive rights agenda.

If the U.S. is serious about encouraging economic independence in the developing world, it should get serious about the empowerment of mothers and daughters, many of whom must navigate not only gender oppression but also economic turmoil, political instability and educational barriers. Any aid program that facilitates reproductive choice would in turn help them realize their full economic and political citizenship in their communities.

No nation can move toward self-sufficiency and self-determination as long as half the population remains unable to control their reproductive destinies. So a U.S. investment in reproductive health in the developing world would yield big returns for “breaking the cycle” of chronic poverty. It would immediately empower women as a new set of social actors, free to focus on the business of strengthening their households, communities and countries. With five years left in the countdown to reach the Millennium Development Goals, there’s no time to waste.

Photo of a mother and child in Malawi from Flickr.com user Lars Plougmann through Creative Commons License 2.0

G7 Commitments to Gender Equality: Will Leaders Back Words with Action?