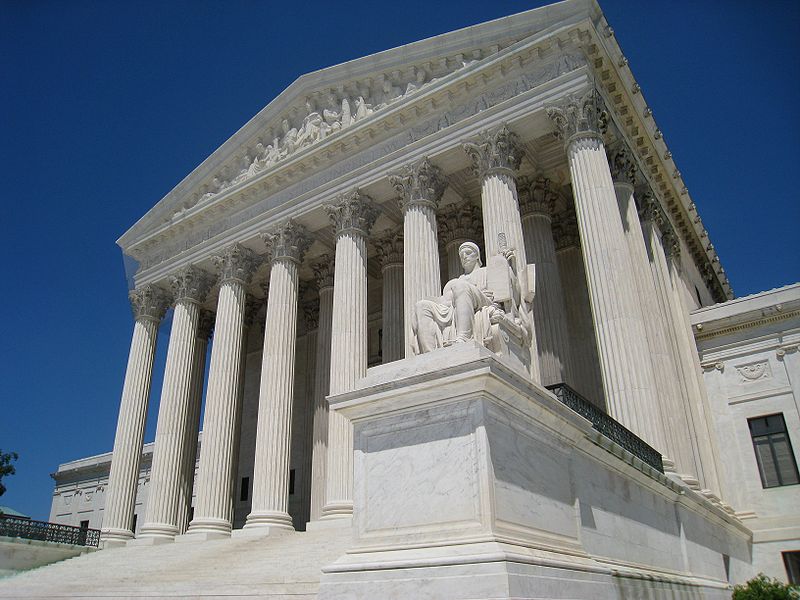 I somehow read The New York Times piece wrong when I first glanced at it yesterday: I thought it said that Supreme Court Justice Clarence Thomas’s wife Virginia–she of the new tea party-linked lobbying group Liberty Central Inc.–called Anita Hill to apologize to her. Wow, Mrs. T wanted to offer an olive branch to the woman who had been allegedly sexually harassed by her husband and then put through the wringer before a Congressional committee. How noble of her!

Good morning Anita Hill, it’s Ginni Thomas. I just wanted to reach across the airwaves and the years and ask you to consider something. I would love you to consider an apology sometimes and some full explanation of why you did what you did with my husband. … So give it some thought. And certainly pray about this and hope that one day you will help us understand why you did what you did. OK, have a good day.

Yes, have a good day! I imagine it was hard to, though, after that call–which Professor Hill actually took to be a prank. After keeping the message quiet for a week, she turned it over to Brandeis campus police and asked that they pass it along to the FBI.

Virginia Thomas has confirmed the call, saying it was indeed “an olive branch … Certainly no offense was ever intended.”

And her husband probably didn’t intend any offense, either, when he talked to Hill about pornography and his sexual prowess–despite her requests that he not–while she was in his employ at the Office for Civil Rights in the U.S. Department of Education.

If only the U.S. Congress had believed Anita Hill during the three famous days of televised hearings on Clarence Thomas’s nomination to the Supreme Court, as feminists did and still do. Then perhaps we wouldn’t have had to suffer the past 19 years of anti-affirmative-action, anti-abortion-rights, pro-big-business votes from Thomas on the Court.

Imagine the sort of other apologies that would be required in Virginia Thomas’s Bizarro World. Besides women apologizing to their sexual harassers (and the harassers’ wives), women should apologize to their domestic abusers as well: “Honey, sorry my face got in the way of your fist!” And to employers who underpay them: “So sorry I asked for as much money as my male coworker who has 10 years less experience than me!” And to all those state legislators who vote to make abortions harder and harder to obtain: “I’m abjectly sorry that I want to make a choice about what to do with my own body!”

The only apology I want to make today is to Anita Hill: Sorry, Professor Hill, that after your brave public stand against workplace sexual harassment–which put a national spotlight on an issue faced by about 30 percent of working women–you’re still being treated as the perpetrator instead of the victim/survivor. We still believe you, and we always will.

The Inflation Reduction Act Is a Much-Needed Win for Women