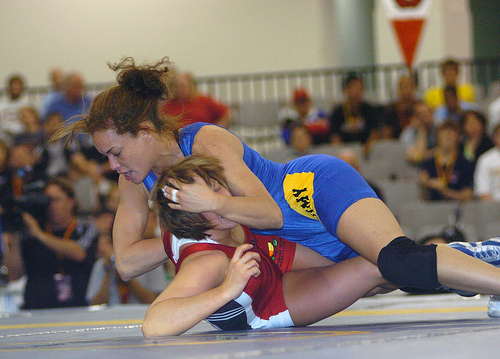 A study from Johns Hopkins University in the September issue of The Journal of Trauma found that women are 14 percent more likely to survive severe physical trauma than men on account of higher estrogen levels. According to the study, estrogen may actually help the body repair itself more quickly and effectively following extreme injury.

The study doesn’t mention transwomen, who sometimes undergo hormone replacement therapy in the “feminization” process, upping their estrogen levels, nor transmen who sometimes take testosterone while transitioning. (Take this as a hint, Johns Hopkins, for a follow-up study.)

Though this is exciting news for those of us with higher estrogen levels (we’re tougher than guys!), could it possibly mean anything for social constructions of masculinity? This is just one study with a limited sample population, but perhaps it can create a microscopic (but essential) shift in our understanding of gender. If physical invincibility is no longer a prerequisite for being a “real man”–since testosterone may make the body less capable of surviving extreme injury (from, say, fighting)–could we begin to reconfigure what it means to be a man, without violence as part of the equation?