Women Must Speak Out NOW About Sexual Harassment - Ms. Magazine
Skip to content 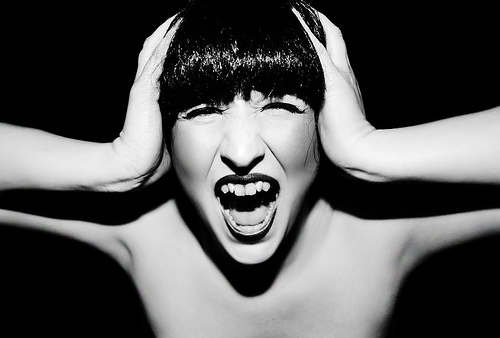 Right on the heels of Ginni Thomas’ appalling request of Anita Hill to apologize, Clarence Thomas’ former girlfriend, Lillian McEwen “breaks her 19-year silence” to say that, yes, Clarence Thomas was obsessed with pornography and, yes, Thomas sexually pursued his female subordinates at the Equal Employment Opportunities Commission. She also describes his binge drinking and erratic, angry behavior after he stopped drinking. (Apparently she was asleep when the reporter called, which caught her off guard.)

I applaud McEwen for finally talking, especially at this time when Anita Hill is once again under attack by the Thomases. McEwen’s story will undoubtedly add even more weight to the historical record that shows Thomas was a sexual harasser, vindicating Anita Hill.

But why didn’t McEwen speak out at the time? She said she contacted Joseph Biden with her story but was not asked to testify. But she could have spoken out to the press in support of Hill. We all know the reasons why she didn’t. She was in the middle of her career and feared negative repercussions if she were to go public. She had a young daughter whom she had to support, and no doubt feared repercussions for her daughter as well. And Clarence Thomas asked her not to.

BUT, imagine if all the people who knew about Thomas’ behavior had spoken out at the time. And imagine if the Senate Judiciary Committee had considered all of this evidence. It certainly would have made life easier for Hill, who was treated shamefully by the committee and the media. And it would have prevented the catastrophe of Thomas’ 19-year Supreme Court record of hacking away at civil rights.

For real social change, women must support other women who speak out about sexual harassment and abuse.

While much of what McEwen says confirms Hill’s account, she also said (on Larry King Live) that she had assumed at the time that Hill and Thomas were in a relationship–based on the fact that Thomas asked her to come to the EEOC “so that [Hill] would see and accept the fact that there was another woman in his life.” I read this as evidence of Thomas’ bizarre fantasy life and his attempts to manipulate people.

As a college professor, I teach young women who often have never heard of Anita Hill or Clarence Thomas. If there’s any silver lining to all of the recent media attention brought about by Ginni Thomas and Lillian McEwen, it’s that it will ensure that another generation of young women will know our history and never forget.

Speak up and speak out when you have the chance; don’t wait decades to do so.

Photo from Flickr user ToriMBC under license from Creative Commons 2.0.