Vote No on Sexist Politics - Ms. Magazine
Skip to content 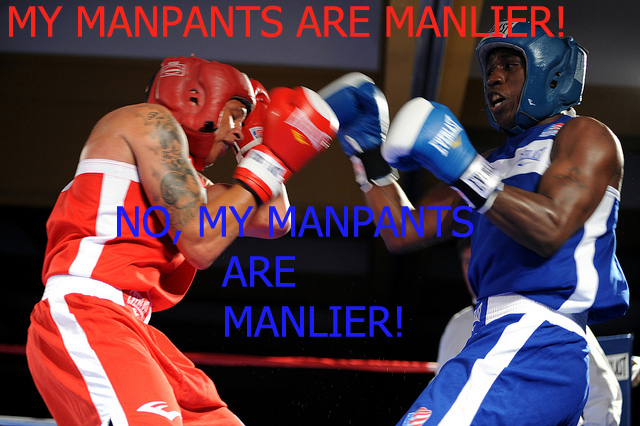 “Man up,” “Get your man-pants on,” and “Whore.”  These are some of the finer examples of sexist rhetoric that infiltrated the midterm elections. Though the media dubiously declared this political season the “Year of the Woman,” the midterms seemed to be a tipping point for public declarations and acceptance of sexism. The disturbing language wasn’t just employed by one political party, either: Slurs came from both Democrats and Republicans, male and female candidates. Women used such slurs against men and men used them against women (and even other men). But they’re just words, right? Hardly. The Name It, Change It campaign, which helps female candidates respond to sexist attacks, found in a survey by Lake Research Partners [PDF]:

Sexism, even mild sexist language, has an impact on voters’ likelihood to vote for a female candidate and on how favorable they feel toward a woman seeking office.

While the Name It, Change It campaign didn’t address whether or not sexist language had any effect when deployed against male candidates, it seems likely that it would. Telling your male opponent to “man up,” as Republican Senate candidates Sharron Angle (Nev.) and Christine O’Donnell (Del.) and Democrat Kendrick Meek (Fla.) all did, is no less sexist because it’s still deeply rooted in gender stereotypes. Painting a male opponent as “feminine” or “weak,” creates a culture in which sexism is the norm and gender binaries are allowed to thrive. And when candidates engage in this highly gendered rhetoric, it reaffirms that virility and masculinity are necessary traits for an elected official.

But this year’s sexism wasn’t just limited to name-calling by candidates on the campaign trail. For the first time in recent memory, slut-shaming became a political tactic. And then there was old-style sexism: Speaker Nancy Pelosi, for example, was continually painted as a catty, shrill “witch,” reminding some of the sexist barbs thrown at Hillary Clinton in the past. Name It, Change It picked award winners for the most sexist coverage this year, the winners including the Boston Herald, Late Show With David Letterman and Gawker.

It’s clear that the sexist framework of gender politics isn’t going to stop with the end of election season.  Just this morning, Emily Miller of Human Events mixed her stereotypical, film-related metaphors when she described Pelosi’s bid to become the minority leader to Fox News’ Fox & Friends this morning, calling her:

the Single White Female of Capitol Hill … I think President Obama is going to find a boiled rabbit in Oval Office soon.

And as though we hadn’t already heard enough about man-pants and haberdashery, Forbes.com columnist Gordon Chang questioned President Obama’s masculine display in foreign policy by claiming claiming that Asian leaders “know that the person in Washington who wears the pants…is Hillary [Clinton].” A tactic that’s not exactly new.

Even though the House made a sharp midterm turn toward the right, at least we have women candidates battling sexism head-on, addressing it at every turn and revealing it for what it is. The next election season started the day after the last: We have some losses to overcome, and a long way to go to reach gender equity in the U.S. Congress. But as long as we keep naming it, we have a good chance to create positive change.