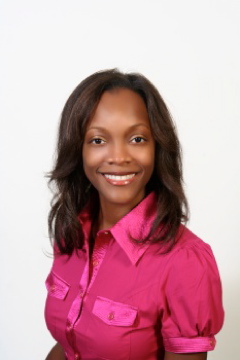 Welcome to the Ms. Blog’s new weekly segment, “Meet the Blogger”. This week the subject is Ebony Utley, our expert on hip hop, relationships and race. She is an assistant professor at California State University, Long Beach and has published her work in several journals, including Black Women Gender & Families, Critical Studies in Media Communication, Rhetoric and Public Affairs, The Western Journal of Black Studies and Women and Language. So, Dr. Utley …

What do you like about blogging as opposed to other forms of writing?

The best thing is the immediate exposure. In 15 minutes you can get comments–thank God for the Internet! In academic circles, it can take five years to research and write something, one year to get it accepted and a year after that it gets published only in some obscure journal that no one can access. Literally anyone around the world can read what I’ve written on the Ms. Blog—someone in Qatar viewed my website, and I don’t know anyone in Qatar!

I also really like the short form. It forces me to write tightly, and I like that as an exercise; it helps hone my thinking and my writing. I don’t like when commenters make ad hominem attacks, though Ms. is really good at filtering the personal attacks. So Ms. insulates me from some of the nasty stuff, but you’ve got to learn to take bad with good if you want to be a public intellectual. It just takes a minute to get that thick skin.

Probably my senior year of undergrad. I was always writing about black men’s autobiographies, because to me they were fascinating–filled with high drama, street life and public-intellectual speakers. I loved Malcolm X’s story and Nathan McCall’s. I had done a big project on McCall, which I was presenting at a convention, about how when he was 15 years old he wasn’t necessarily a good person, but through a great redemption grew into a man. Someone came up to me and said, “I grew up in that neighborhood, and it was a horrid time for women in that neighborhood. He and his friends gang-raped girls with abandon and I don’t understand how you could celebrate him.”

I’d never thought of the reality of the girls in the neighborhood. So I went back to my university thinking, It is kind of curious that that you’re a woman and you only write about men … if I wrote about women, who would I write about? I asked my white professors. They cobbled a list together to the best of their ability. I’ve always said that, after that moment, I wanted to be the black woman professor I [didn’t have available to] study with. There weren’t many black women on campus–I contacted Audrey McCluskey, even though she was on sabbatical. I was desperate, so she helped me do an independent study, [and that’s] when I caught up on black feminism. Since I am a professor, I know now how much of a sacrifice that was for her, and I am so grateful. I ended up writing a big thesis project on black women’s autobiographies. After that, I wanted to know how women think and feel, how they talk about race and gender to men and other women. Wanting to talk about these things is how I got to where I am today.

Much of your website uses the word “experience,” as on your interests page you have the tabs “experience race,” “experience gender,” etc. Why is this word so important to you?

I want people to come to my website to think about ideas they haven’t thought of before, or to think about those ideas in ways they haven’t. Basically, I hope it’ll be a platform for people to expose themselves to something new, change the way they initially think about it, share that information with other people and ultimately change behaviors. All of that together is an experience, not a survey, not just something to have a look at.

Firstly I’d have to say that I love Ms. and I love [Ms. Blog editors] Jessica [Stites] and I love Michele [Kort]. But when I think of the word “feminist” I think of white, Second Wave, middle-class, middle-age women–and that’s not me. The issues that are most pertinent to them are not most pertinent to me, so there’s a big chunk of my African-American experience that always surpasses my feminism. It’s not that a good feminist today would force me to choose, but sometimes there’s a tone that’s just not … it doesn’t sit as well with me in a lot of the feminist literature, because it seems alienating or it seems less pertinent. In the “greater depression”–which is what I’m calling the current “recession” and hoping it’ll catch on–people are more willing to talk about class than they usually are, because people are suffering and underemployed, and that’s great that people are talking about it. But the African American experience in this greater depression is even worse. Even this term “mancession” is frustrating–I come from a community where men are always unemployed or underemployed, and now it’s 16 percent greater than it usually is. That’s not news: It’s a whole other conversation for black people. Even when Precious [the movie] came out, people were saying “Who knew that times for black women were so hard?” Yeah, well a whole lot of black people knew. It’s not just a story of abuse, it’s a story of poverty and it’s a story about how color matters.

There’s a stereotype that professors like to stay in their ivory towers, but you very clearly enjoy being a public intellectual. Is that considered rare in academia, and what kinds of challenges does it present?

It’s an emergent concept, and more public intellectuals are coming into the public sphere. But it is unique to African-American intellectuals. Many of us come from struggling communities—“struggling” is a euphemism, really—and we’re anomalies in ivory towers. I’ve been told that I am the first and only Africa-American female on the tenure track in my department, and it’s 2010. To come from a struggling community into the majority white institutions, learning how they want you to learn, doesn’t always fit. To pretend like it does seems like an inappropriate betrayal of community to me. I have a responsibility to give back, but I can’t do that sitting in my office. There are not enough African-American students in my classroom; I have to go out and find them. Part of it is my personality, part if it is my responsibility to community, to give back to those who want to pursue higher education, to those who pursued it a long time ago but didn’t have enough money to graduate, and to those who did graduate and are still intellectually curious. The book Gangsta’s God will be written in a way that’s accessible, because I want it to circulate outside of the university—I want it to get to the hip-hop community.

As for the challenges of being a public intellectual, The Chronicle of Higher Education did a piece on professors called “Professors: Hot at Their Own Risk”which I’m in. In the comment section, people wrote things like “I don’t think she’s that hot” … “Well, if she’s so focused on being hot she can’t be smart” …  “Anyone who pays that much attention to their dress can’t be smart.” People don’t know how much embodiment has to do with the message, how we need to package ourselves to be acceptable to audiences—acceptable to people who are not used to seeing you in that position and don’t know how to interact with someone from a marginalized community. People say, “Oh, she’s so superficial,” but it really matters. If I don’t look approachable or friendly, then people won’t want to listen to me in the first place. I have to make sure I’m non-threatening in appearance.

At the end of the day, some people are just mean. This comes with the territory; there are some people who are cantankerous just because. That’s part of the experience, that’s part of the conversation. Once you put something out there, you don’t know how people will respond, and some people are just going to hate on you just because they can. There was this one woman who called me at 5:17 in the morning, just to tell me that she was disappointed with my article. I had thought that it was because she was in the East Coast and just forgot about the time difference, but no, she called from Temuecula, and that’s not business time for anyone—it was clearly harassment.

What other feminist projects are you currently working on?

I have a piece coming out soon in the journal Black Women, Gender and Families about black women and infidelity. But my big project at the moment is my book The Gangsta’s God, which discusses gangstas and their affiliation with Jesus, addresses the accusations that many rappers are devil worshippers or selling their souls to the devil, explores the implications of female rappers talking about God as a surrogate father and a lover simultaneously, considers how religion helps rappers gain respectability, and exposes how God talk is linked to oppression. I try to include women as much as I can. “When’s God Loves Goes Wrong” is the chapter in which I explore how men and women rappers use God to oppress each other.

How do you reconcile hip hop, which is often characterized as very anti-feminist, with your feminism?

Well, I don’t know that hip hop can ever be fully reconciled with the feminist agenda. I self-identify as a woman who is passionate about women-centered issues and hip-hop provides a lot of opportunity to talk about that. If you want to see what relationships look like between young people you have to look at hip hop. I was doing a project with Alisha Menzies [PDF] interviewing youth between 14 and 25 about love in a hip-hop context, and it was really encouraging because for most of them, even though hip-hop is a part of their identity, their definitions of love are not tied to sex, power and exploitation–which is often the message conveyed in hip hop. There was one boy we interviewed who said, “Love is like a rose, you take care of it so it will bloom.” [Singer/rapper] Lauryn Hill, unfortunately, always comes from a dominant/submissive paradigm—and she always ends up heartbroken because there’s no reciprocity or mutuality. From mens’ perspective in hip hop, they are always hindered by money. They think, “I’d like to go out with her, but I can’t trust this one because she’s a gold digger.” So masculinity, at least for black men in general, gets linked to finances, which leads to a tenser relationship. What’s the best way to talk about that other than in a hip-hop space? Some hip hop feminists, say that they dug hip hop because it’s like getting into the men’s locker room, and getting to hear what they think about women.

I don’t want to be an apologist for the misogyny in hip-hop, but it is a great space for conversation. It’s great for talking about race, about religion–things we least expect to talk about in hip hop.

Check out Ebony Utley’s latest Ms. Blog posts: Dating White or Dating Right?, Black Women M.I.A., For the Love of Freedom and Fashion and her videoblog group discussion about the film For Colored Girls.