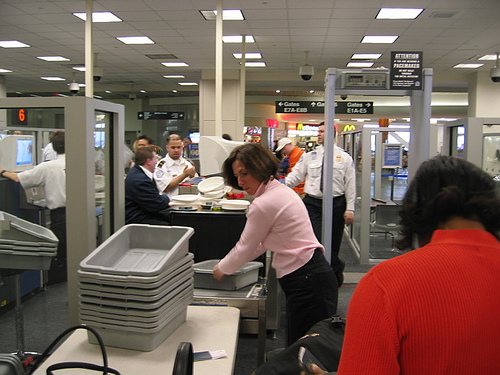 Since the recent unveiling of the Transportation Security Administration’s “enhanced” security measures, there’s been nothing but bad press for airport security—and with good reason. Pilots and security experts have criticized the inefficiency and ineffectualness of the system. Congressman Ted Poe has called the new body scanners a violation of the Fourth Amendment. While there’s still a debate over whether scanning equipment’s radiation emission presents a health risk, much of the controversy is now centered on the procedures’ violating aspects.

At the heart of the matter is the nude image-producing backscatter machines, which clearly show a person’s physical form including genitals. TSA maintains that faces are blurred with a privacy algorithm and that images are not stored, but these two claims have been met with skepticism, especially in light of the recent leaked body scans from a federal courthouse’s imaging device. Nevertheless, TSA Administrator John Pistole is insistent that more full-body scanners will be forthcoming, totaling 1,000 in the U.S. alone by the end of next year. (Rapiscan Systems, maker of the full-body scanner, is a client of former director of Homeland Security Michael Chertoff’s security consulting agency, and Chertoff lobbied heavily for the scanners’ implementation.)

If any aspect of the body image is blurry, that traveler may be subjected to further screening. Under the new rules, fingers and palms are used during body checks and agents’ hands must come into contact with the traveler’s genitals. Numerous women and men—most famously John Tyner, aka Mr. “Don’t Touch My Junk” —see this alone as a form of sexual assault. And while some Americans are laughing at Tyner’s choice of words, there’s little to laugh about when it comes to the actual pat-down experience, which would more accurately be described as a groping. Although travelers are supposed to be patted down by a same-sex agent, rape survivor Celeste was handled by a man who “cupped and patted [her] crotch with his palm.” Similarly, although the pat down is said to be optional, traumatized blogger Erin Chase stated that she was required to undergo it since the airport she was leaving from didn’t have advanced imaging technology. There’s a growing impression that TSA actually wants the pat downs to be as invasive and unpleasant as possible in order to discourage other passengers from opting out of the scanner. Newsweek detailed how profoundly problematic these searches are for sexual-assault victims, and MSNBC cataloged complaints from women without histories of abuse who still found the pat downs upsetting and invasive.

Pistole has admitted the body scanners detect sanitary napkins and that such detection may necessitate a supplementary pat down—certainly a humiliating and unpleasant experience for both the menstruating woman and the TSA employee who has to … ask her to remove her pad? Or simply grope it as part of the more invasive pat down? What about travelers who wear external medical devices, prostheses or wigs? It’s unclear how TSA plans to respond to bodies that deviate in any way from expectations, although at least one traveler–flight attendant and cancer survivor Cathy Bossi–was required to remove her prosthetic breast in order to show it to an agent during her pat down. Of course transgender people, like the disabled, have been dealing with confused and insensitive TSA measures for years.

“It’s a no-win situation for transpeople,” says Mara Keisling of the National Center for Transgender Equality (NCTE) on the full-body scan vs. pat-down bind. “When transpeople are outed at the airport, it can cost them their job or their life.” While Keisling stresses that most TSA employees are polite and well meaning, the situation is problematic since transpeople are already at greater risk of violence or social sanctions. NCTE is already at work on updates to their existing travel tips for transgender fliers.

Recent traveler anger has even brought old items to the fore, like the 2008 video clip of a TSA employee forcibly patting down a three-year-old girl who screams “stop touching me!” Another incident currently receiving attention involves a young woman’s court case against TSA officials who allegedly exposed her breasts during a search in 2008. It seems almost guaranteed that gross abuses of power such as these will multiply as agents are given permission to further invade the privacy and personal space of  travelers.

Some proposed forms of protest have caught on, like National Opt Out Day and We Won’t Fly, but neither of these is a solution for assault victims or transgender people who have to fly regularly for their jobs. Concerned citizens can contact their representatives with concerns and complaints, but in the meantime all travelers in America will have to choose between being seen naked by a stranger or groped through clothes by one. 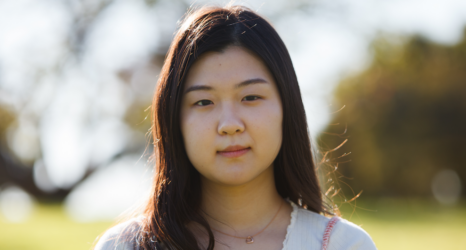