Where in the World Can Women Feel Safe? - Ms. Magazine
Skip to content 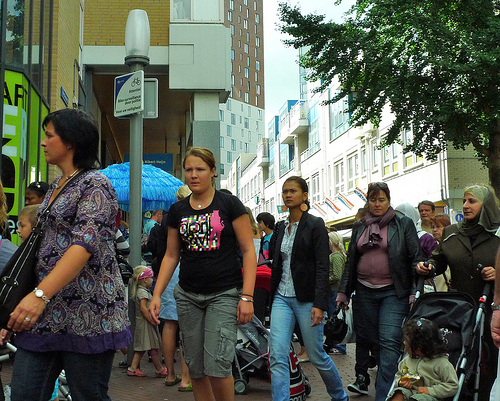 Last spring, I stumbled across information about the Third International Conference on Women’s Safety: Building Inclusive Cities which is taking place this week. Street harassment activism and working on solutions for ending it is my passion, and I immediately contacted the organizers to find out more.

Once I confirmed that the conference would be exactly relevant to my work interests and that I would be able to meet and hear directly from people around the world who also work on these issues, including several United Nations officials, I really wanted to attend.

The conference is in Delhi, India, however, which is widely known to be an unsafe city for women. I found it both poignant and maddening that as a woman I did not feel safe enough to travel alone to attend this important conference. It was only once I found a friend to accompany me–who will be blogging tomorrow about the conference–that I booked a flight and signed up to attend it, and then agreed to be a presenter.

My friend Brittany and I arrived in Delhi this past Saturday night. We were expecting harassment from the start, given the many warnings we received from women who have been to Delhi and from reading articles about the high rates of harassment. After two days in the city, we’ve been “lucky” and have only encountered stares. What has been striking to us is the lack of women on the streets, which is very noticeable at night. Not only are they largely missing on the roads, in the parks and at the shops we’ve passed by, but also in vehicles. In particular, not one of the thousands we’ve seen driving buses, cars, trucks, auto and bicycle rickshaws, mopeds and bicycles have been female.

I shouldn’t be surprised, since in a survey conducted in Delhi last year 96 percent of women said they feel unsafe going out alone in the city. Earlier this year, another survey showed that 2 in 3 women had experienced public sexual harassment in the last year alone. Seeing how that reality emptied women from the streets was sobering.

At the same time, I have to remind myself that in any major city around the world, concerns about street harassment and sexual assault mean that there are more men than women out and about, especially at night. As I found in my research for a book on street harassment and from receiving several street harassment stories each week for my blog, this is a global problem. Which is why I am grateful for this international conference and the opportunity to participate in idea sharing.

Most of the first day of the conference focused on the work of the U.N. and the two conference organizers–Women in Cities International (Canada) and Jagori (India)–to create safe cities. Leaders from the organizations discussed how this century is the first time that more of the world’s population lives in cities than outside of them. They honed in on how girls, poor women, homeless women, women in the LGBTQ community, women with disabilities, immigrant women and refugee women face particular safety concerns in cities.

What also happened today was that the U.N. added Delhi to its Safe Cities project. Other sites for this important initiative are the capitol cities of Egypt, Rwanda, Ecuador and Papua New Guinea. Although street harassment and rape makes cities all over the world unsafe for women, the major factor for selecting these cities was the potential for working with civil society organizations on the project and their governments strongly supporting the program.

“Sexual harassment in public spaces remains a neglected issue,” said Ines Alberdi, executive director of UNIFEM, “accepted as a normal part of women’s lot and life in the city.” How true, especially in the U.S., where any attempt outside of feminist circles to seriously address the pervasive problem of street harassment tends to end in assertions that  harassment is normal, no big deal, a minor annoyance, a compliment, a joke and even women’s fault.

In looking through the conference program guide and mingling with some of the 200 attendees from 40 countries today, I felt frustrated that there do not appear to be U.S. government officials or representation from U.S. domestic-focused nonprofits in attendance. That speaks volumes about the lack of concern over women’s access to public spaces in the U.S. At the end of the day, we will have no gender equity in this or any country until women have equal access to public spaces. And we never will have equal access as long as our country ignores  the problem of street harassment.

Photo of Netherlands street from Flickr user zoetnet under license from Creative Commons 2.0

Moving Beyond the ‘Pink High Heels’ Defense Shaming of Survivors