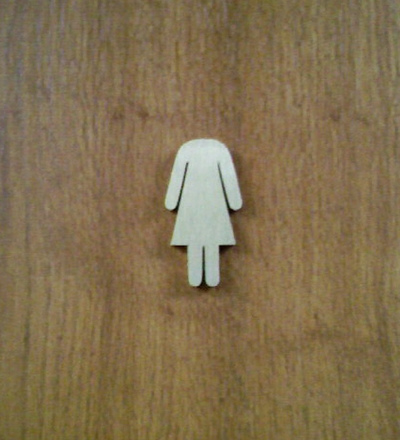 Flush with success after his party handed Democrats a “shellacking” at the polls in November on a platform of “no” to everything, the incoming Republican Speaker of the House of Representatives, the eternally tan John Boehner, has extended an olive branch of sorts.  He’s decided he should do something for women.

No, he’s not going to battle for pay equity, fight for family planning or anything else that might actually benefit women across the country. ­ Instead, he’s committed to installing a women’s bathroom closer to the House chamber.

Boehner’s commitment to potty parity is laudable, but if he wants to go beyond giving women in Congress a place to pee (or perhaps to be pissed off), there are substantive ways he can support meaningful equality for women who aren’t in Congress. Here are just a few:

1. Apologize to all Americans for allowing his chief of staff to meet with Randall Terry, founder of Operation Rescue and one of those rabid anti-choice extremists.

2. Work to change the membership rules of the Burning Tree Club, the exclusive men-only golf club in Bethesda, Md., that he belongs to. If they refuse to allow women to join, resign.

3. Support paycheck fairness. Women are now half of all U.S. payroll workers, and in these economically challenging times more families are relying on women’s paychecks. In 2004, more than 7 million families with children under 18 were headed by a single mother–that means almost 30 percent of all working families. The labor force participation rate of single mothers was over 77 percent in 2004. Rep. Boehner could decide to support these women, and the 2 million working wives with unemployed husbands, by endorsing pay equity.

4. Support family planning programs. If you want to reduce the need for abortions, get on board with efforts to prevent unplanned pregnancies.

5. Get over his homophobia and join the rest of the country, which is not as afraid of lesbian, gay and transgender people as he and his GOP pals seem to be. The majority of heterosexual cisgender Americans are just not upset about gays and trans people serving in the military, getting married, teaching children or having children.

6. Stop threatening to overturn health care reform and start looking for ways to improve it for every American.

That’s just for starters. Bathrooms are nice for the women in Congress, but the rest of us need more. Readers, what do you suggest that Boehner do for women?