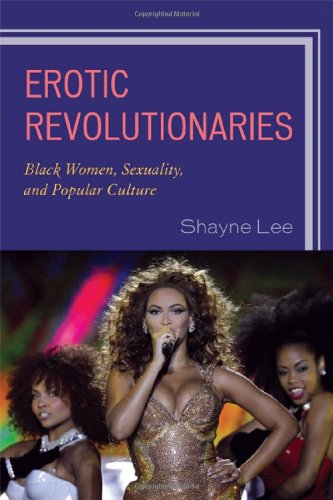 In your Tyra Banks chapter, you argue that she flips the gaze and is able to objectify men. How would you characterize that gaze reversal?

You have these binaries: male/female; male on top/female on bottom; male has agency, power; female is passive and victim. As long as these binaries exist in society, to make them even you have to reverse them for a while. Since men have enjoyed so much agency in objectifying women, there’s gotta be some point where women really go overboard and enjoy those spaces, first of all to show men how it feels to be constantly objectified and second of all to feel the power of subjecting men to the female gaze. Once that’s done enough, maybe we could get to a more equitable form of society where men and women are objectifying each other equally.

The people in pop culture that I’m focusing on, their job is not to be sexual teachers. Their job is to express themselves and how they feel at particular moments. I do think there’s a place in the feminist movement, and I do think there’s a strategic way that you can inform the public in ways that protect from sexually transmitted diseases … but I’m very nervous about requiring or holding artists to the fire for not doing that because that’s what activists and advocates are supposed to do.

The really hard theoretical conversations and the comments that blew my mind were generally made by the white gender studies students who had already been exposed to a broader range of feminist ideas, whereas many of the black students just kind of [generally] rejected it by saying these erotic revolutionaries are just trying to be hos. That kind of disappointed me, but at the same time that’s one of the themes of my introduction–the ways in which there is more pressure on black women because of the hypersexualization of black female bodies,  the legacy of slavery and segregation, and television having this horrible record with black female bodies. I do think there is more pressure on black women to maintain a certain kind of dignity.

Read Rebecca Walker’s To Be Real. Read Joan Morgan’s When Chickenheads Come Home to Roost. Really catch the energy and spirit of what they’re saying. Read Mark Anthony Neal, all of his books. Angela Davis and Hazel Carby’s work on blues women. I think this is a great time to be a black academic.

In ten years, where will black sexual politics be and what role will your work have played?